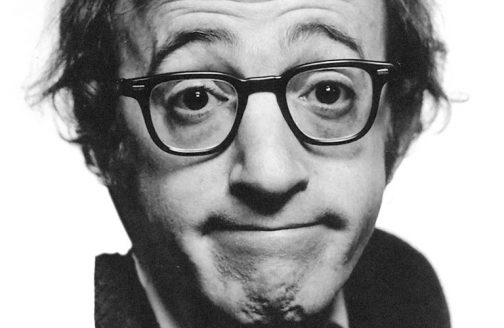 There’s a new buzzterm in Western politics, culture and media, and it should come to no one’s surprise that it’s also a trigger for both sides of the ever-hardening left-right ideological divide. “Cancel culture” – or sometimes “call-out culture” – is a new term for the ancient phenomenon of ostracizing a person or group for behavior that a certain number of others (not always a majority of others) find to be beyond the pale. The fact that this old practice has been given a fresh name is a reflection of today’s political polarization and the heightened sensitivities of those at either extreme – as well as the fact that the internet and the collective social media allow for new ideas, or really new spins on old ideas, to spread like wildfire. And these same venues give near-immediacy to the cancellation of a person or group that runs afoul of a critical mass of media socializers. But how is cancel culture reflected in the free markets of advanced capitalist systems? And, in particular, if wealth and profit continue to be determined by the natural forces of supply and demand, then what are people on the right still complaining about?

It’s safe to say everyone reading this knows – and probably admires or once admired – at least one personality famous in Germany and around the world who to a greater or less degree has been cancelled: Michael Jackson, Kevin Spacey, Mel Gibson, Harvey Weinstein, Bill O’Reilly, Tucker Carlson, J.K. Rowling, Woody Allen, Bill Cosby and Kanye West, just to name ten of the dozens that could make this sentence even longer. Sometimes people are canceled for crimes for which they’ve been convicted (Weinstein, Cosby), alleged crimes for which they were acquitted (Jackson), alleged crimes for which they were never indicted (O’Reilly, Allen), offending the sensibilities of broad swaths of the public (Carlson) or for being a vocal supporter of Donald Trump (West).

Judging by history, it was easy to predict how the battle lines of this issue would be drawn between the right and left. The right tends to attack cancel culture as yet another liberal plot to quash free speech and force the whole world to embrace their moralizing politically correct agenda. And the left is less repelled by cancel culture, as it has long been willing to accept a certain curtailment of free speech in the furtherance of its stated goals of tolerance and inclusivity.

But the issue is more complicated than this rough configuration describes. An important distinction between the general arguments on either side of the debate is that the left’s take is in line with its past political philosophy, while the right has abandoned some of its bedrock ideas in its demonization of cancelation.

The Merriam-Webster website states that to cancel someone is “to stop supporting them or their work. This means no longer reading what they write, listening to or watching what they create, or enjoying what they produce.” Implicit in this definition is that the cancelee is being deprived of making money from the sales of the product or intellectual property that made him or her famous enough to be vulnerable to cancelation in the first place. And if we agree on this description of what it means to cancel someone, we should note that to cancel is “to stop supporting” the offender, not to legally ban their work or fine them. This reveals the contradiction, or even double standard, committed by the right in its dismissal of cancel culture, and the left in its embrace.

In the West, a hallmark of the right, at least before Trump, is its love of free and unencumbered commerce, which includes a distaste for regulations, a hatred of tariffs and scorn for anyone or anything that may inhibit Adam Smith’s “invisible hand” of the market. In its loyalty to the bottom line and its love of unemotional equations to maximize profit, shouldn’t the right respect a movie producer for reading the news of Kevin Spacey’s alleged sexual assaults and his ties to sex-trafficker Jeffrey Epstein and deciding that box office returns would take a heavy hit if his face were on movie posters? Think of Mr. Spacey as a brand, which represents high-quality acting, a mantle of grade-A industry awards as well as charm – if not its smooth underbelly – but now also a reputation for indulging in activities that will repulse over half of the movie-going public. A Hollywood executive’s calculation suddenly changes; maximizing ticket sales now means opting for a lesser-known actor without a seedy past. But before we shed too many tears for the star of American Beauty and House of Cards, we should remember that his career is hardly over; yet his value has diminished, and – for now – the films for which he’s hired will target a smaller, more niche viewership more likely to overlook his past transgressions. So, although he is one of the poster boys for cancel culture, his cancelation is likely to be far from thorough.

A more salient example, considering his job as an opinion leader at Fox News and thus his role as an arbiter of such things as cancel culture, is Tucker Carlson. Mr. Carlson can lay claim to hosting the most-watched prime-time program in US cable news history. His brand of toxic right-wing partisanship is well suited for his network, as evidenced by the more than 4 million viewers that watch him every weeknight. But beginning in 2018 and intensifying this summer, Carlson’s racist, sexist, nationalist and generally below-the-belt rhetoric has caused his more mainstream advertisers like Disney and T-Mobile to flee his show for fear of their brands being associated with his belligerence and negativity. According to media watchdog Media Matters, to date he has lost more than 70 sponsors, yet the ratings he maintains, which has kept the show’s ad revenue afloat, makes it an easy choice for his network to retain him and pay him over $5 million a year.

When three years ago it became public that Carlson’s elder predecessor Bill O’Reilly had been involved in five sexual harassment lawsuits – settled out of court by Fox News for a whopping $82 million – his prime-time opinion show lost half its advertisers in one week and was summarily canceled. It seems here that the calculus of ratings through the roof yet absurd legal payouts and a salary five times that of Carlson just didn’t add up. But the broader point is that as much as the right complains about what it sees as the moralizing, politically correct censors on the left, for the most part, cancel culture in the marketplace follows the same rules as a free market always has, but now with some new criteria for value assessment and market worth.

The left’s response to cancel culture has been a mix of Schadenfreude, introspection and cannibalism. The former points to a certain delight in seeing a powerful person get their comeuppance, especially when that person is mouthpiece or a symbol of the right. But when the cancelee is someone not usually associated with the right, such as Cosby, Weinstein or Allen, introspection ensues as to how they could have produced, in these cases, art that was so sympathetic, especially to the left. And then the purported moral puritans on the far left are eager to further politicize the cause and carry it to an extreme that then alienates much of the moderate left, such as when US Senator Al Franken – a former comedian – was pressured by his colleagues to resign before a Senate ethics panel could complete its announced investigation into sexual misconduct allegations. While most of the Democrats in the US Senate can hardly be called far-left, they evidently can’t risk alienating the far left, and with a confessed sexual molester – boaster, even – as US president, the opportunity for the Democrats to create the impression of starker moral contrast with their opposing party was too attractive to pass up.

No matter one’s political affiliation or how one feels about the growing number of deposed celebrities, the consistency of the left’s response – albeit sometimes taken to the extreme – and the inconsistency on the right may be further proof, at least in the US but in similar ways in Europe as well, of the populist dismantling of the fundamental principles of conservatism.

In a less polarized political environment, true believers in free-market capitalism could perhaps see their contradiction in complaining of the disenfranchisement of canceled celebrities and the curtailment of those celebrities’ free speech. After all, their speech is still free, it’s just that fewer people want to hear it, and while they’re still welcome to produce their goods, they’ll just have to accept that those goods will fetch a lower price than they once did. But the hyper-polarization of today leaves no room for nuance. If you believe in unbridled speech and unbridled profit, it may prove too daunting a task to strap a bridle on your speech, even if doing so would be more profitable. 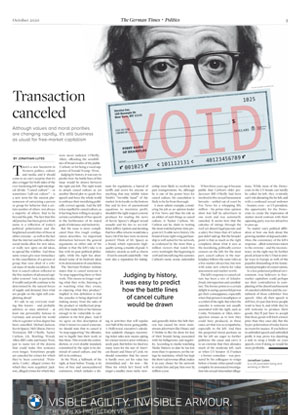