Ole Wald* has mixed feelings looking back at his years as a United States citizen. “It hurts my heart that I’m no longer an American,” says the 54-year-old Berlin-based co-founder of an industrial real estate development firm. “Being a US citizen has been part of my identity forever.” On the other hand, he’s relieved to be rid of his American passport. “It would have been much more difficult to cut ties right now” – more difficult, more burdensome and definitely more costly.

Until six years ago, Wald was a dual German-American citizen, one of about nine million Americans who live abroad, according to the US State Department – and one of just over 100,000 individuals with a US passport living in Germany. He is what’s called an “Accidental American,” someone who has little or no direct ties to the US other than having been born there. The US is among only a few countries in the world to have birthright citizenship, or jus soli in Latin, the automatic right of anyone born in the US to be an American citizen.

Wald is also one of a growing number of dual citizens who have renounced their US nationality. According to the US Treasury Department, over 5,000 people chose to give back their American citizenship in 2017, nearly a ten-fold increase from the 530 who did so in 2007.

Teri Simmons expects those numbers to continue rising. “But only part of it is due to President Trump, his rhetoric and his policies,” says the immigration attorney and partner at the Atlanta law firm of Arnall Golden Gregory.

Americans living abroad have long shouldered a heavy tax burden and dealt with stringent banking restrictions. And now they face further financial liability because of the new tax law signed by the president in 2017.

Trump hailed the Tax Cut and Jobs Act as “a historic victory for the American people.” Most enterprises in the US – American as well as foreign-owned – benefit from the reform, which has reduced the corporate tax rate from 35 percent to 21 percent while expanding tax deductions.

But the new law also introduced a so-called repatriation tax: a onetime, retroactive tax on all retained foreign earnings of US companies that is levied on corporations as well as individuals and goes back more than 30 years to 1986. According to the law, foreign earnings held in cash and cash equivalents are taxed at a 15.5 percent rate, and the remaining earnings are taxed at eight percent. The retroactive tax can be paid over the course of eight years or as a lump sum. The first payment was due last April.

Individual dual citizens were not excluded from the repatriation tax, which was aimed at big US multinational companies – like Apple, Google and Starbucks – that have long been accused of parking billions of dollars in off shore subsidiaries.

“Whether that was on purpose, or just because the law was hastily drafted, dual citizens are a group that just falls through the cracks,” says Kristin Maeckel, a German-born CPA and partner with the international business advisory firm Aprio in Atlanta. “Dual citizens who live abroad are clearly the losers in the tax reform.”

Some experts, like Kevyn Nightingale, a partner at the Toronto-based

Take, for example, the 38-yearold Michael Renner.* He was born to and raised by American parents in Munich, got his engineering degree in the US, but then decided to live and work in Germany. Today, he’s the owner of a successful software company near Stuttgart. With the help of an American CPA, he’s trying to figure out how much he owes to the Internal Revenue Service (IRS), the US government’s tax collection agency; how he should structure the payments; and how he will come up with the money, which may be well over a million dollars.

“This new tax hit me completely by surprise,” he says, and the timeframe to make the first payment – four months – was extremely tight. That was by design, says Maeckel, because the US government wanted to make sure people didn’t renounce their citizenship on short notice to avoid payment. She adds that some of her German-American clients, in order to come up with the necessary funds, have to withdraw money from their companies in Germany, which can result in a higher German tax bill. “It’s kind of a mess,” Maeckel says.

Charles Bruce, a US tax attorney affiliated with the American Citizens Abroad advocacy group, agrees. “Most individuals do not have a clue as to how to develop a number for their accumulated earnings or how to do the calculation for the tax.”

A heavy tax burden is not an entirely new problem for dual citizens, or for Americans and green card holders living abroad. Unlike the majority of countries that impose taxes based on residency, the US taxes individuals based on their citizenship, regardless of where they live. The only other country with a similar tax regime is Eritrea.

The system is a relic dating back to the American Civil War, which ended more than 150 years ago. It was invented as an eff ort to tax draft dodgers who had fled to Canada.

According to US law, every American citizen has to file an annual tax return on their global income, starting at age 18. But many, especially Accidental Americans who are unfamiliar with the US tax system and have never lived or worked in the US, simply don’t know.

Ole Wald was one of them. Born in New York to German expat parents, he was only four years old when his family moved back to Germany. From then on, Wald’s life was in Germany – it’s where he went to high school, did his mandatory military service, went to university to pursue a PhD in economics and started his own real estate development firm.

“I went back to the United States on a very regular basis,” he says, to visit his godmother in New York, a friend of his parents who over the years became extended family, and later to vacation all over the country. “But I was always a tourist in America.”

While he was proud of his US passport and considered it a privilege to have one, he says he “didn’t even think about the civic responsibilities, like paying taxes, that come with my civic rights.” He always paid his taxes in Germany diligently and says he was not aware of being at fault with IRS.

That changed in 2002, when an attorney working for one of his company’s US affiliates told him that not paying his US taxes could make him a felon, and urged him to clarify his tax situation. And so he did. He hired a highly specialized American tax attorney who negotiated his original IRS assessment of 10 years in back payments down to five. There is a double taxation agreement between the US and Germany (as well as many other countries), but that does not mean there’s no additional tax burden for dual citizens.

That’s especially true for wealthier Americans abroad, who own real estate or who draw dividends from their own companies or from investments, says Maeckel.

Between back payments, penalty interest, late interest and attorney fees, Wald ended up paying over $2 million to amortize his debt with the US government. That was in 2004. He kept fi ling annual tax returns with the IRS for another nine years, until he felt that he “just could not justify this any longer.”

Married and a father of two, he says each year his income was reduced by the double burden of filing taxes in Germany and the US. He also says that “at this point in my personal and professional life, it became clear that we most likely wouldn’t be living in the United States.”

In 2013, he finally decided to renounce his US citizenship. It was a straightforward process for Wald. But in general, the effort leading up to the actual act of renunciation can be protracted and pricey.

“Before you renounce, you have to clean up your tax act,” explains Maeckel, and certify that you have filed taxes in the previous five years. There’s also an additional fi ling fee of $3,000 for people wishing to renounce their US nationality. Since 2008, Accidental Americans who have never lived in the US are exempt from the fee. Finally, all candidates must appear in person at a US embassy or consulate, stand next to the flag and say and sign an oath of renunciation.

In order to provide as much transparency as possible, the IRS publishes a quarterly list with the names of people who have recently renounced their citizenship. There’s also a State Department advisory that warns: “The act of renouncing US citizenship does not allow persons to […] escape the repayment of financial obligations.”

All these provisions have been put in place by the US government as safeguards, explains immigration attorney Teri Simmons, with the intention of deterring people from renouncing their citizenship for the sole purpose of avoiding taxation. She adds that taxes are not the only financial burden weighing heavily on many dual citizens; banking has also become more difficult. Since 2010, the Foreign Account Tax Compliance Act (FATCA) requires all foreign financial institutions to search their databases for account holders who are “US persons” – a distinction that includes American citizens, dual citizens and green card holders – and report them to the IRS. As a result of the new reporting requirements, more and more banks have decided to stop accepting this group of people as customers altogether.

“Being a US citizen outside of the United States has become a tremendous liability,” says Simmons. “It’s tough just finding a financial institution that will work with a US passport-holder these days.”

There’s yet another reason why Simmons expects the number of people no longer wishing to be Americans to rise in the coming years. “There’s an ever-growing population of dual citizens now, because the world has become a global place, and a lot more kids are being born in the US,” she says. But many of them do not have any ties to the country, neither professionally nor emotionally.

There seem to be only two solutions to the problem. One is to end birthright citizenship, a proposal that President Trump has brought forward but that many legal experts say is unconstitutional and a violation of the 14th amendment.

The other is to change US tax law from a citizenship-based to a residency-based system. “To have a system in place that’s universal, simple and fair, and that truly avoids double taxation, would certainly benefit the global economy,” says Ole Wald, adding: “In that case, I’d still be an American citizen, for sure.”

* Name has been changed

Katja Ridderbusch
is a German-American independent journalist based in Atlanta. 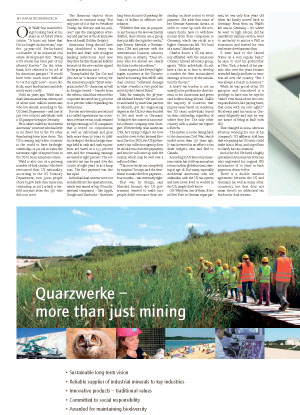