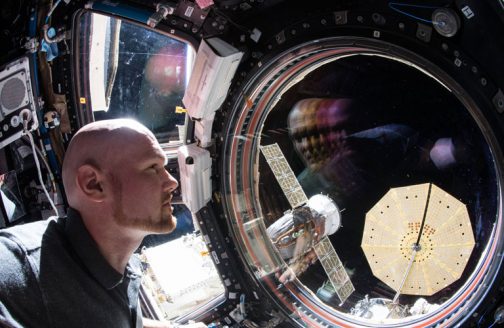 The German native had already recorded his “message to my grandchildren” in November, while hovering 400 kilometers above the Earth’s surface, in the Cupola View Module of the International Space Station (ISS). On Dec. 18, Alexander Gerst, commander of the Soyuz MS-09 on its 57th ISS expedition, finally posted his speech online. After 197 days in space, Gerst and his Russian colleague, Sergey Prokopyev, along with United States astronaut Serena Auñón-Chancellor, were on their way back to Earth, targeting the Kazakh Steppe, when his video went viral with millions of views.

“When I look down on the planet, I think I need to apologize to you,” he said. “Right now, it looks like we – my generation – are not going to leave this planet in its best condition for you. Of course, in retrospect many people will say they weren’t aware of what we were doing. But in reality, we humans know that right now we’re polluting the planet with carbon dioxide, we’re making the climate reach a tipping point, we’re clearing forests, we’re polluting the oceans with garbage, we’re consuming the limited resources far too quickly, and we’re waging mostly pointless wars.”

He hoped, Gerst continued, “that we can still get our act together and improve a few things.” He hopes “we won’t be remembered by you as the generation who selfishly and ruthlessly destroyed your livelihood. I’m sure you understand these things much better than my generation. And who knows, maybe we’ll learn something new, such as: taking a step always helps; this fragile spaceship called Earth is much smaller than most people can imagine; how fragile the Earth’s biosphere is and how limited its resources are; that it’s worth getting along with your neighbors; that dreams are more valuable than money and you have to give them a chance; that boys and girls can do things equally well, but that every one of you has one thing that he or she can do much better than all the others; that the simple explanations are often wrong and that one’s own point of view is always incomplete; that the future is more important than the past; that one should never fully grow up; and that opportunities only come along once. You have to take a risk for things that are worth it, and any day during which you discovered something new – one where you gazed beyond your horizon – is a good day.”

According to Gerst, he wanted to be able to look at the world through the eyes of the younger generation and look into the future. Until then, he will try “to make your future the best one I can possibly imagine.”

Save the Children was founded 100 years ago 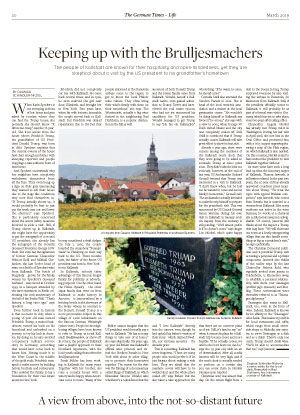