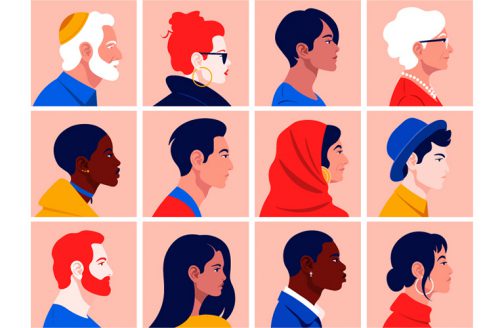 For weeks now, a veritable mudslinging has taken place among intellectuals, journalists and historians in the feuilleton section of German newspapers. The controversy covers all the themes it takes to get Germans hot under the collar: freedom of speech, the Holocaust, anti-Semitism and Israel, along with apartheid, racism and colonialism. How did it come to this?

The key figure in the debate is the Cameroon-born political scientist, historian and philosopher Achille Mbembe. He was invited to be the keynote speaker at the 2020 Ruhrtriennale, a leading arts festival in the German state of North Rhine-Westphalia (NRW), where he was to give a lecture on his longstanding research into colonial history.

On March 23, however, Lorenz Deutsch, cultural policy spokesperson for the Free Democrats (FDP) state parliamentary group in NRW, wrote an open letter to the artistic director of the Ruhrtriennale, Stefanie Carp, urging her to disinvite Mbembe. He pointed to clear agreements that had been made two years prior with regard to invitations extended to BDS activists; BDS stands for boycott, disinvestment and sanctions and is an international movement aimed at influencing Israeli policy relating to the occupied territories. Deutsch noted that Carp had invited Young Fathers – a hip-hop band known for its support of the BDS campaign – to attend the festival in 2018; after coming under pressure from the federal government and other artists, however, she subsequently disinvited the band.

What does all of this have to do with Achille Mbembe? According to Deutsch, Mbembe had signed a call for an academic boycott of Israel. He also argued that parts of Mbembe’s essay “The Society of Enmity” were so problematic that he was simply not tenable as a keynote speaker.

Deutsch quoted a passage in which Mbembe writes that the Israeli occupation is a “fanatical policy of destruction aimed at transforming the life of Palestinians into a heap of ruins or a pile of garbage destined for cleansing.” Mbembe writes further in the same essay: “In South Africa, the mounds of ruins never did reach such a scale,” and “the apartheid system in South Africa and the destruction of Jews in Europe – the latter, though, in an extreme fashion and within a quite different setting – constituted two emblematic manifestations of this fantasy of separation.”

According to Deutsch, by drawing this comparison, Mbembe is relativizing the Holocaust while also placing today’s Jews in a position similar to that of the Nazis. He therefore urged Carp to consider rescinding the invitation.

A few days later, the debate was joined by Felix Klein, the federal government’s Commissioner for Jewish Life in Germany and the Fight against Anti-Semitism. Not only did he charge Mbembe with relativizing the Holocaust, he also accused him of calling into question Israel’s right to exist, albeit without providing any further evidence of his claim. Klein, too, called for Mbembe to be disinvited to the festival. NRW’s minister of culture then convened a special meeting of the Ruhrtriennale supervisory board at which Carp was made to answer for her decision to issue the invitation. Mbembe, the renowned philosopher and colonialism expert, was now officially being branded an anti-Semite thanks to the involvement of Klein.

Soon thereafter, the subject became an even hotter media topic, although the focus was no longer on the comparison of apartheid and the Holocaust – a comparison that, incidentally, historians of the Holocaust have not considered problematic for decades.

In the feuilleton section of Germany’s major papers, one side argued that Mbembe was indeed speaking from a “different setting.” In this sense, a comparison could not be seen as a relativization and was certainly not cause to restrict Mbembe’s freedom of speech in this way. The other side, however, continued to find evidence of Mbembe’s problematic view of Israel. For example, in the foreword to a collection of essays titled Apartheid Israel: The Politics of an Analogy, he writes: “And since all they [Israel] are willing to offer is a fight to the finish, since what they are willing to do is to go all the way – carnage, destruction, incremental extermination – the time has come for global isolation.”

This was followed by further open letters and expressions of solidarity from Jewish researchers who called on Felix Klein to step down. On May 8, Mbembe took to Facebook to argue that Lorenz Deutsch had not wanted to see a “negro” at the Ruhrtriennale and had therefore made him into an “anti-Semitic negro,” so as to be able to disinvite him.

In mid-May, the next open letter appeared, this time signed by 700 African intellectuals, writers and artists – at least that was the claim. Upon closer inspection of the list of names, the Frankfurter Allgemeine Zeitung determined that many of the signatories were neither intellectuals nor Africans. The letter lost even more clout by beginning with the fully unsubstantiated claim that the people calling for Mbembe to be disinvited were representatives of an extreme right-wing lobby in Germany. Writing in the Süddeutsche Zeitung, Mbembe argued that although he respected German taboos, they were not the taboos of all other people in the world. He asked for an apology from Klein, who then refused to give him one.

Coming to the defense of both sides were a number of academics, journalists and researchers, with varying degrees of foam at the mouth.Others tried to mediate, but they could not prevent what soon escalated into a fruitless exchange of blows in the papers, for example between an upset Alan Posener, who called for the end of public funding for events that promoted the hatred of Israel, and a stunned Stephan Detjen, who denounced the state’s interference in fundamental human rights.
What got lost along the way was the fact that the Ruhrtriennale had long since been cancelled due to the COVID-19 pandemic.

Why has this debate raged on so long and with such vehemence? Because debates over the Holocaust automatically touch the core of what it means to be German. Indeed, the Federal Republic defines itself as a post-Holocaust society, or in the words of former Federal President Joachim Gauck: “There is no German identity without Auschwitz.”

Still, even if everyone feels personally addressed by the debate, does that automatically mean we should all chime in? No. The thing that makes this debate interesting is not the many open letters – all inevitably written in superlatives – nor the many calls for the greatest number of heads to roll on all sides. The most interesting aspect is that it has taken one single incident to prompt the realization that Germans – in all of the additional contexts that have opened up in the wake of the debate – are very far from a social consensus without actually knowing it.

And this is likely the reason why any ultimate resolution of the matter is still far away. Indeed, everyone seems to have their own interpretation of why the Mbembe case constitutes a scandal, whether it’s a relativization of the Holocaust, an attack on Israel, support for BDS, the disinvitation and defamation of an African colonial researcher or an infringement on the freedom of speech and art. These are all sensitive issues that encourage those involved to immediately take up irreconcilable stances, to declare every objection unforgivable and to brand every opponent an incorrigible racist, an anti-Semite or a self-proclaimed “guardian of public morals.”

Yet another thing that has gone unnoticed is the fact that the Munich’s Center for Holocaust Studies and the Hugo Valentin Centre in Uppsala, Sweden, are organizing a conference set to take place in Munich in November 2020. This gathering intends to bring together researchers in the fields of colonialism, genocide and the Holocaust to engage in the very things that were rendered impossible in the debate over Mbembe, namely an unimpeded discourse in the spirit of goodwill and a series of mutual encounters based on the desire to learn from and with each other.