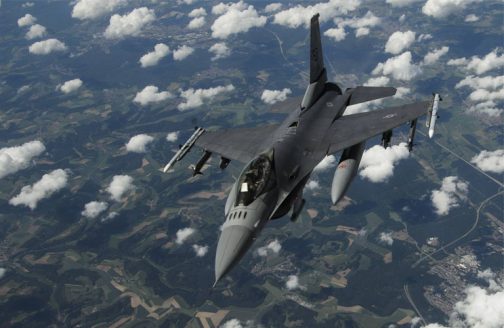 When US President Donald Trump and German Chancellor Angela Merkel met in Biarritz, France, in August, it marked the first time the two had ever held a meeting at which the dominant theme was not their dispute over the level of German military spending.

Trump has visited Paris, London and Warsaw twice since coming to office, but has not yet made the trip to Berlin. This, in turn, highlights the extent to which Germany has persistently drawn the ire of the president in a number of different ways.

First, Germany is home to successful carmakers. The impressive numbers they post in terms of exports to the United States have always been a thorn in Trump’s side. They symbolize Germany’s foreign trade surplus in contrast to America’s deficit.

Second, in alliance with London and Paris, Berlin is seeking to create a counterbalance to Trump’s harsh policy of sanctions targeting Iran. Germany is also working hard to keep the nuclear agreement with Tehran alive – the deal the US pulled out of one year ago.

Third, Trump resents the German government for not raising its defense spending to the equivalent of 2 percent of GDP by 2024 as stipulated for all NATO countries.

Shortly before Trump and Merkel met in Biarritz, the US ambassador in Berlin, Richard Grenell, used the strongest of terms to express America’s overall displeasure with its German ally in a complaint that united the issues of trade surplus and military deficit. The ambassador argued that he actually found it offensive to expect US taxpayers to continue to have to pay for the more than 50,000 Americans stationed in Germany, while the Germans get to spend their trade surpluses on domestic projects.

Grenell even hinted that the US could redeploy its troops stationed in Germany to the neighboring country of Poland, which has long sought to host a greater US military presence and which actually meets its NATO pledge to spend 2 percent of GDP on defense. Of course, Poland’s smaller GDP means that the amount it spends on defense is much lower; calculated in US dollars, the Polish military budget is just under $12 billion, while Germany’s defense budget for the current year is almost four times higher at roughly $54 billion.

At the moment, however, Germany is still only achieving a budget quota of 1.36 percent.

Continuous economic growth is one of the reasons why the German defense-spending quota has grown only moderately since 2014, even in the face of sharply rising budgets for defense and procurement. In 2014, the share of GDP was just under 1.2 percent, and the budget was around $46 billion, that is, roughly $8 billion lower than it is today.

Chancellor Merkel (CDU) managed to get the okay from her SPD partners in the governing coalition to increase the defense budget to 1.5 percent of GDP by 2024. That would mean a sum of more than $60 billion, depending on the growth of the German economy. Ironically, if a recession set in, the 2-percent mark would be reached more easily.

If Germany achieved the 2-percent NATO pledge in 2020, the government would have to spend well over $80 billion on defense. In that case, Germany’s military budget would be one-quarter or even one-third higher than the budgets of the UK and France, two European countries that can afford to maintain an expensive nuclear deterrent program alongside their own conventional forces.

It should also be noted that there are a number of defense-related costs that are simply not included in the calculation of Germany’s military spending. This is especially true with regard to the expenses associated with stationing troop units belonging to NATO allies on German soil; these costs are paid for by Germany and benefit, in particular, US forces.

According to a statement by Germany’s Ministry of Finance, a total of approximately $800 million has been spent over the past seven years alone on utilities and building planning services associated with property owned by NATO allies. Again, the lion’s share of these services benefited American troops.

At present, roughly 35,000 US soldiers are stationed in Germany along with 12,000 civilian employees. That is but a fraction of the troops stationed in the country during the Cold War. At that time, up to 300,000 men were stationed on West German soil. Still, the current presence of US troops in Germany is by far the highest in Europe.

This has less to do with a direct threat scenario than with the fact that the military infrastructure set up during the Cold War is still in place and is therefore available and affordable to US forces. It includes not only military training areas and several large Air Force bases (such as in Ramstein and Spangdahlem), but also staff compounds for several European headquarters. The Americans have also set up their Africa Command headquarters in Germany. And, finally, the US military hospital in Landstuhl performs a function that extends well beyond Germany; it is the place where seriously injured military personnel were taken during both US campaigns in Iraq and the war in Afghanistan.

In light of these facts, German politicians tend to remain unruffled by threats of withdrawal. In actual fact, it would be impossible to remove large-scale US military facilities in Germany and relocate them to another country without incurring high costs. Poland has announced that it intends to spend up to $2 billion in an attempt to foster US readiness to station soldiers on its territory over the long term.

At a visit in June, Trump told Polish President Andrzej Duda just how many soldiers could be involved in such a move: 2,000. The Polish people would then be invited to express their gratitude by naming the barracks Fort Trump. The White House later corrected the number given by the president, insisting that discussions so far involved the transfer of only 1,000 soldiers. 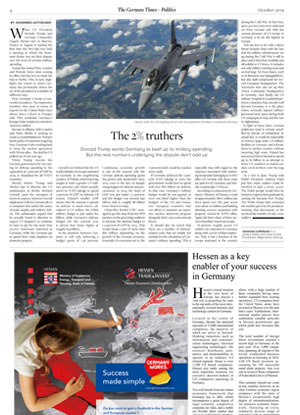