When someone talks about the European Union these days, it’s a shock to hear them utter anything but negative criticism. After all, there’s quite a lot to criticize, and politicians and the media – especially during election campaigns – pick and choose the details to cite in delivering their expected anti- EU bromides: too much Brussels bureaucracy, too patronizing, too confining for its member states, not really democratic and too far-removed from the expectations of its member states in terms of the extent and methods of its communitized policy.

Not all of this criticism is ill founded. So it’s a bit of a surprise that the list of countries that would very much like to become EU member states is still quite long. They all refer back to Article 49 of the EU treaty, which entitles any European country to apply for membership. Montenegro, Serbia, Albania and North Macedonia, Bosnia and Herzegovina, Kosovo, Turkey – they would all like to join the EU.

While the ultimate fates of the EFTA states of Iceland, Liechtenstein, Norway and Switzerland are as yet undecided, even Armenia, Azerbaijan, Georgia, Moldova, Ukraine and Belarus occasionally reveal ambitions to join the EU, albeit under the watchful and disapproving eye of Moscow. Russia still feels the acute pains of the amputations it suffered during the dissolution of the Soviet empire and would desperately like to regain its former influence over global affairs, which is why it sees the expansion of the EU as a territorial threat to its goals.

What makes the EU so attractive? There is still a clear perception that federating as such pays out a tremendous peace dividend. In the seventy years since the catastrophe of World War II, Western Europe has enjoyed a hitherto unknown period of peace and freedom – a consequence of having somewhat mitigated the power and appeal of the individual nation state to the benefit of collective efforts like the European Union.

The continent, in its Western bloc, was able to return to the best traditions of Europe and allow the tenets of human rights, freedom and democracy to take root. It also gained the opportunity to end its worse traditions of subjugation and colonialism. Individual freedom and democracy as well as human and material solidarity – these promises more than any others developed an appeal that, after 1989, led to the fall of the Soviet empire and to the eastward enlargement of the EU.

That was not a case of EU expansionism by armed force or extortion; all these people simply wanted to live in societies that ensure freedoms as well as economic growth and prosperity. With these humanistic principles as its foundation, the EU has nurtured its great appeal. It is a model for many states across the world and a beacon of hope for countless migrants who seek to partake in the “European dream.”

The UK leaving the EU changes nothing of this. The country is suffering the after-pains of having lost its great empire. The immigration crisis it perceives is the result of its own colonial past as well as an issue facing all prosperous, industrial countries in the West. It is thus searching for its own identity and is determined to find it, even at the price of irrational self-abasement and material loss.

The EU is seen as an obstacle because its broadminded ideas on rising above nationalist sentiment disturb this process. Yet perhaps in the not too distant future, the UK will join the queue of EU candidates; after all, living alone on their island will not cause the Brits to forget that they share the ideals of the EU.

The damage caused by leaving the EU will be immense – economically, politically, scientifically and in terms of both education and migration policy. Let the other EU member states be warned: They do not want to follow the UK down that path. Brexit has only made the EU stronger, and triggered a wave of fresh will for European solidarity. In light of its current problems, the EU can indeed almost be thankful for Brexit.

For this very reason, experienced EU politicians are looking upon the current EU crisis with calm. They remember that in the past, their union has always emerged from its often considerable inner conflicts in even stronger condition than before. In 1954, the plan for a European defense community failed, but 40 years later it partially succeeded. In 1963, France blocked the UK’s entry into the EU, but ten years later it became a member. In 1979, Margaret Thatcher nearly sank the European Union with her successful demand for a reduction to its membership dues, but the EU held together. In 1992, the Maastricht Treaty failed to survive a referendum in Denmark, but one year later – after the Edinburgh Agreement that included four Danish exceptions – it was ratified. In 1999, EU commissioners came under suspicion of fraud, but a new EU Commission repaired the damage. In 2001, Ireland rejected the Treaty of Nice, but it went on to ratify the set of agreements the next year after receiving a guarantee of its military neutrality. In 2005, France, the Netherlands and the UK voted against the EU Constitution, but the initiative was successfully replaced two years later by the Treaty of Lisbon.

And so it went on: conflict after conflict called forth new prognoses of the EU’s demise by frantic politicians and media outlets, but the center held and unity prevailed each time, followed by more applications from hopeful potential members.

Politics is made by people, and this is the case in the European Union, too. It also emits an especially strong radiance when a charismatic leader is able to combine great ideas with drive and energy. French President Emmanuel Macron is one such leader. The elegance with which he demonstrated – at the G7 summit in late August – how global flashpoints can be defused through diplomacy has helped the EU recognize just how much inner strength it actually can bring to the table. This is something that can be built upon.

Now all the EU needs is dialogue and a grand compromise in terms of its future form. It will then once again become stronger than before. And we can be sure of one thing: This process of reinventing the European Union will succeed with the new commission president at the helm.

Michael Rutz
was executive editor of SAT. 1 from 1989 to 1994 and editor in chief of the weekly newspaper Rheinischer Merkur from 1994 to 2010. He has also written numerous books and produced several documentaries. 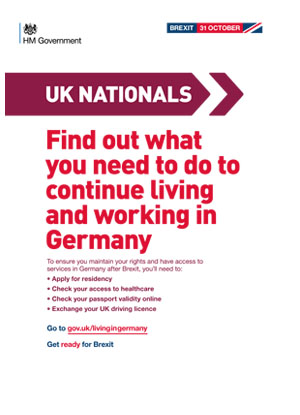