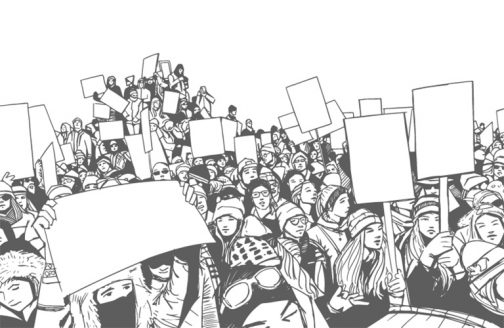 Book titles like How Democracies Die and How Democracy Ends express the widely held belief that liberal representative democracy faces acute danger. The most recent report by the NGO Freedom House is titled Democracy in Retreat. Modi’s India, Erdoğan’s Turkey, Bolsonaro’s Brazil, Duterte’s Philippines, Putin’s Russia and, yes, the United States under Trump – the rise of strong men with a poorly developed propensity to protect the institutional integrity of democracy has led to alarming diagnoses.

This trend is analog to the dramatic rise of populist political parties in Europe in the past 20 years: Movimento, Podemos and Syriza in the south, the Sweden Democrats and the Finns Party in the north, and Fidesz and PiS in the east are just a few examples of Europe’s new populist power centers. And now the pandemic is only exacerbating social tensions.

Some sought to allay their fears by pointing out that crisis declarations have always accompanied democracy. So, today’s conditions are nothing new under the democratic sun and present no grounds for concern?

When Harold Laski delivered his Weil Lectures in 1931, titled Democracy in Crisis, his premonitions proved tragically on the mark. But this recalls a certain phenomenon common among economists: when someone permanently screams “crisis,” it shouldn’t be considered an accurate prognosis on the rare occasion that a crisis actually develops. Moreover, Laski justified his pessimism through analyses of two particular countries of central importance to the survival of democracy in the 20th century: the US and the UK.

But our time is distinctly different than Laski’s, at least in one respect. Only a few decades have passed since it became conventional wisdom that political and economic liberation – read: democracy and capitalism – had become the only legitimate form of political rule.

It was but a short time ago that Francis Fukuyama’s diagnosis of “the end of history” rang more loudly than all of today’s warnings of the “end of democracy.”

This leads us to the paradox of our current situation, which the French historian Pierre Rosanvallon summarized as follows: “The democratic ideal now reigns unchallenged, but regimes claiming to be democratic come in for vigorous criticism almost everywhere.” We are thus confronted with the simultaneous non-crisis and crisis of democracy. This is something new.

Today, democracy is being challenged in the name of democracy. The issues are direct vs. representative democracy, illiberal vs. liberal democracy. Some even present the conflict as The People vs. Democracy, the title of a book by political theorist Yascha Mounk. British Prime Minster Boris Johnson managed to frame his most recent election as “the people” against “the politicians”; Donald Trump’s reaction to the introduction of impeachment proceedings against him was a tweet: “They’re not after me. They’re after you.” He would go on to repeatedly characterize his impeachment as an attack on democracy.

Everyone across the political spectrum invokes the good name of democracy – those who defend the status quo as well as those who attack it. Thus, all political opponents can be construed as enemies of democracy. Each party cites its own conceptions of what democracy actually is. While for some it represents the unshackled sovereignty of the people, others idealize a maximum level of legal restraint on liberalist tendencies.

Needless to say, there is no justification for accepting the new populists’ interpretation of themselves as the fighters for real and true democracy and against the corrupt cartel of elites attempting to sell us their own definition of real and true democracy. Yet nor should we dismiss it out of hand as pure propaganda, for it serves to illustrate at least two important points:

First – as the Dutch political theorist Cas Mudde wrote – democracy has now become hegemonic in the sense of popular sovereignty and the principle of majority rule, while this is not the case for a liberal democracy that cedes the comprehensive protection of minorities, its separation of powers as well as the increasing delegation of decision-making power to non-majority and/or supranational entities.

And, second, an understanding of the conflict solely as a struggle between democrats and anti-democrats falls short of the mark. It is highly plausible to argue that an “illiberal democracy” in the Orbán mold is not a democracy at all. But the argument that liberalism has become undemocratic in many of its current manifestations is equally valid.

These points underscore the fact that the success of populists is best understood in the context of the broad disappointment with the composition, condition and functionality of our representative democracy. In the words of the British political scientist David Runciman: “Democracy is not working well – if it were, there would be no populist backlash.”

This means that the populists are not the real problem of democracy. They merely indicate that a problem exists. Yet we cannot effectively defend representative democracy in the face of its detractors if our confusion of cause and effect leads to neglect in identifying its weaknesses. Seeing the conflict not as a struggle between evil anti-democrats and good democrats, but rather between anti-liberal democracy and undemocratic liberalism, reveals a slew of unpleasant truths.

In this conflict, liberalism is not only the fully immobile, all too innocent victim of “illiberal forces” that have ominously resurrected themselves while shielding their origins in mystery. What we are facing is the political answer to the overextension of the liberal project, to the unyielding constitutionalization of more and more decision-making responsibilities, to the attempt to hand over an increasing number of political issues to courts as well as international bodies and treaties, to the immunization of individual rights against political majorities. The liberal project has a propensity for juristocracy and technocracy, as well as for the post-political control of free markets and free movement. Europe has progressed further with this project than any other entity.

In this respect, the final diagnosis can perhaps not be grasped without closer consideration of the diagnosis rendered in the early 1990s – the exultant determination that liberalism had triumphed, with no foreseeable rival, harbored both hubris and the makings for the current crisis threatening to topple the liberal project.

Philip Manow
teaches political science at the University of Bremen. In May of this year, edition Suhrkamp published his highly acclaimed study titled “(Ent-)Demokratisierung der Demokratie” (The (de-)democratization of democracy). 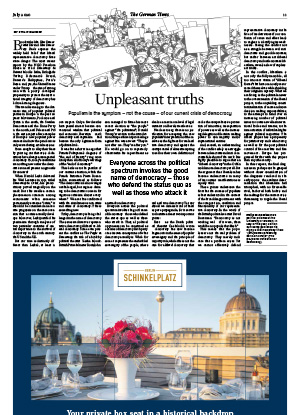