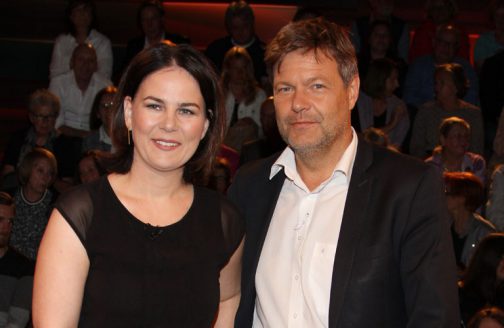 There is one undisputed winner of the EU elections – and it’s Die PARTEI (The PARTY). They quadrupled their share of the vote, from 0.6 to 2.4 percent, giving them a gain of two seats in the European Parliament. Die PARTEI is a satirical party, albeit of the higher order – picture Stephen Colbert getting elected to the House of Representatives and then fully embracing his new role.

The EU elections have been considerably less fun for the Social Democrats (SPD), the earnest mainstays of the German party system and currently still together with Chancellor Angela Merkel’s Christian Democrats as part of the Federal Republic’s governing coalition. The SPD suffered heavy losses, ending up with a meager 15.8 percent – a loss of 11.5 percent – its worst results in nationwide elections since 1949.

Party chairperson and floor leader Andrea Nahles had for months been under a barrage of nagging criticism by party rivals. After the elections results became known, her critics wasted no time declaring her the culprit for the SPD’s demise that had in fact been underway for years. Nahles is both a serious policy wonk and a politician deeply anchored in her party’s peculiar sentiments; she has stayed true to the ever-elusive ideal of social justice.

After several former big players in the SPD tried to get back in the game and began jostling for Nahles’ job, she pulled one final House of Cards-like move. Nahles tried to make her rivals, chief among them Martin Schulz, a failed candidate for chancellor in 2017, to come out of the woodwork and declare their candidacies. She preponed the leadership election in her caucus by six months, for the next week.

Yet no one dared publicly challenge her. Instead, the party sent emissaries suggesting she should resign. A day later, Nahles relented, announcing she would leave politics altogether.

The Social Democrats are now reeling in an existential crisis. An emergency crew of regional and midtier officeholders assumed interim leadership roles while the party is yet again left searching for its soul and for new party heads. For the first time in its history, there will be two people at the helm, to be decided by a partywide vote in the fall.

All the while, the Greens are enjoying their moment in the sun. The eco-friendly party won 20 percent of the vote, its best result in its history. They’re currently capturing the Zeitgeist with their clear message of being decidedly liberal on social matters like gender equality and LGBTQ rights, moderately left-leaning in their economic policies and very much in favor of protecting the environment while having shed some of their former more radical positions.

They are led by Robert Habeck, the favorite son-in-law type, a charismatic orator who can speak without the stilted platitudes of so many of his colleagues. The second party chairwoman – the Greens have always had both a man and a woman in the top posts – is Annalena Baerbock, herself an affable character, but also a smooth operator running the party machine. The Greens profited from the hoopla around the Fridays for Future demonstrations, in which students skip school to advocate for stricter climate policies.

Habeck acknowledged the pressure the party is now under. The Greens feel humbled given the unprecedented support, he said, “yet everybody knows that we have to deliver now.”

It does not seem far-fetched for the Greens to make a run at the chancellery after the next Bundestag elections.

The poor results for the Christian Democrats and the Social Democrats, formerly considered the country’s big-tent parties, together won only 44.7 percent of the vote. In the national elections of 2017, they had combined to win 53.4 percent, which was sufficient to form a “grand coalition,” a moniker that is seeming increasingly quaint.

The CDU is beginning to resemble the SPD. After Merkel’s withdrawal from the party’s leadership, her successor Annegret Kramp-Karrenbauer has been zigzagging between appealing to the party’s more conservative flank, which has been unhappy about Merkel’s course during the refugee crisis, and following Merkel’s more liberal course.

The far-right Alternative for Germany (AfD) won 10 percent of the vote, which is less than they had hoped for. However, in the upcoming regional elections in the eastern states of Brandenburg and Saxony, the party expects to win big, with the chance of even becoming the strongest party. In defiance of a formal resolution by the national party, the Christian Democrats at the state level are pondering if they have no alternative but to form a coalition with the AfD in order to hold on to power.

Meanwhile, on the day after the election, experts from the CDU published the findings of their study, revealing that in fact more former CDU voters had switched to the Greens than to the AfD. In a rather stunning admission, Kramp-Karrenbauer herself confessed to having made the mistake of overeagerly trying to appease the part of the electorate embracing “traditional conservative” positions. A member of the party’s leadership said to the Frankfurter Allgemeine Zeitung: “The unity of the party does come with a price, and on election day we had to pay it.”

Since her ascent to the top of the party in January, Kramp-Karrenbauer was widely seen to be Merkel’s heir apparent as chancellor. She is now being questioned again by a party that is increasingly doubtful that it will be able to hold on to power once Merkel leaves office.

Their best shot would likely be through a partnership with the Greens. Due to the Greens’ newfound strength, the Christian Democrats would have to accommodate their calls for stricter environmental policies. Although far from being climate-change deniers, the CDU has been slow to catch up to the new realities, both at the ballot box and in the atmosphere. 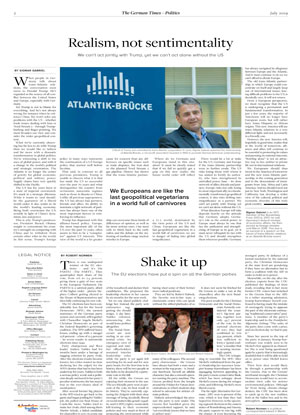