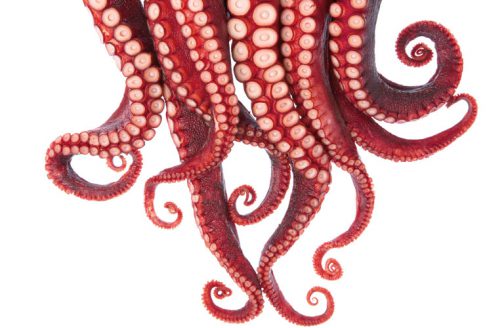 In early May, Kevin Kühnert, who heads the left-wing SPD youth organization – the Jusos – sparked national and even international discussion. In an interview with the weekly Die Zeit, asked whether he favored the collectivization of the automaker BMW, he answered: “In a democratic way, yes.”

Is it possible that today, roughly 30 years after the fall of the Berlin Wall and the end of the Cold War, serious thought is being given to communism in Germany?

To be sure, Kühnert made it very easy for his opponents to launch their counterattack, especially thanks to his use of the word “collectivization,” a GDR-era term that carries a heavy load of historical baggage. Indeed, Kühnert’s statements prompted an almost automatic conservative backlash, including the popular go-to slogan “freedom, not socialism.” However, what was completely overlooked in the process was the fundamental question Kühnert had actually thrown into the ring, namely “How do we work and what do we produce?” – and “How can we maintain and/or recapture democratic control over work and production?”

Given the enormous imbalance between the power held by global corporations – for example, in the financial and digital areas – and the growing powerlessness of large parts of the population, it is urgent that we ask these very questions. And there’s another question, too, one that recalls the 50-year-old dictum uttered by former SPD Chancellor Willy Brandt: “We want to dare more democracy.”

Throughout the entire tradition of the Social Democratic party, the concept of democratization has been applied to all areas of society, not least to the economy. This is what Kühnert was talking about – that is, the old issue of economic democracy, social participation and the relationship between private profits and the common good.

In the face of rising digitalization and globalization, this question has lost none of its currency; on the contrary, we just need to imagine the not-so-unlikely scenario in which one of the current internet giants on the already rigidly carved-up global market becomes a digital monopolist and thus master of all our data. The excessive power of such a data monopolist would be utterly incompatible with the idea of a free market economy, and thus with democracy as well.

This is why the EU is now – finally, and unfortunately much too late – starting to think about whether they might themselves need an international platform to be able to stand up to the US giants, rather than continuing to provide them with more and more of this century’s biggest currency: our data. Incidentally, the driving force behind this push has come from Margrethe Vestager, the European Commissioner for Competition.

In a worst-case scenario, if it isn’t possible to restore free and fair competition, we might actually be forced to collectivize the data monopolists. Unfortunately, instead of at least considering this possibility, what unfolded in Germany was a fundamental debate on the country’s Basic Law, the constitution called the Grundgesetz, which has just celebrated its 70th anniversary. The debate focused specifically on a hitherto ignored section in the constitution, namely Article 15, which contains precisely the radical option suggested by Kühnert.

Article 15 provides that “Land, natural resources and means of production may, for the purpose of nationalization, be transferred to public ownership or other forms of public enterprise by a law that determines the nature and extent of compensation.” The head of the pro-market Free Democratic party, Christian Lindner, called for the article to be deleted immediately, arguing that there’s no place for it in the free market economy: “It is a constitutional relic that – for good reason – has never been applied,” he argued.

But the fathers and (few) mothers of Germany’s Basic Law very consciously left the nation’s economic order open and did not define or even curtail the options at the state’s disposal. One former federal constitutional judge, Dieter Grimm, responded to Lindner’s remarks with a very clear rebuttal in the daily Frankfurter Allgemeine Zeitung that “a norm that has been contained in the Basic Law from the very beginning cannot be unconstitutional.”

Grimm’s argument makes clear the full extent of the historical amnesia suffered by those who want to recklessly change the existing Basic Law. The fact that the state and society can be helplessly exposed to capitalistic powers was still very present in the minds of the fathers and mothers of the Basic Law; indeed, the 1930s global economic crisis had taken place less than 20 years prior. In contrast, Germany’s economic liberals and neo-liberals find the current model of capitalism so unquestionable that they will not consider anything other than the total protection of private property.

And yet, it’s hard to overlook the signs that we might be headed toward a very different future; and this is exactly what today’s politics should be prepared for. According to Grimm, the constitutional expert: “Who can say today that we might not actually be thankful for the possibility [of collectivization] one day?” Especially if our justifiably celebrated, “well-fortified democracy” actually had no other possibility for self-defense than to collectivize a capitalistic giant.

One thing is certain: the largest challenge facing us today and tomorrow will not come primarily in the realm of property, but instead in the use of the environment and resources – that is, in the realm of consumption. The current debate on expropriation in Germany is undermining the challenges we face by focusing primarily on today’s unfair distribution of wealth. In contrast, anyone whoever truly focuses on the future – that is, on the sustainability of our entire way of life – will have to come up with far more radical changes.

As we have all noticed, not least after the increasing number of summer droughts, the ecological challenge is rapidly become the most pressing issue of our century. And this problem cannot be solved merely by adopting an ownership redistribution program. In this sense, all debates over property and expropriation represent only one part of a much larger discussion revolving around the issue of consumption and growth. Or, to put it in more fundamental terms, we’re talking about the question of democracy in all areas here, too: Who makes the decisions about “how we work and what we produce,” and, above all, about what and how much we consume?

These discussions will no doubt trigger major conflicts, including inter-generational debates. We don’t know exactly what these are going to look like. One thing is certain, however – we’ve already lost too much time. In turn, this means that future conflicts will be more content-oriented and harder to solve. But therein lies at least one opportunity: to awaken our somewhat dormant democracy.

Albrecht von Lucke
is a lawyer, political scientist, an editor at the monthly political magazine Journal for German and International Politics and author of numerous books on today’s Germany.