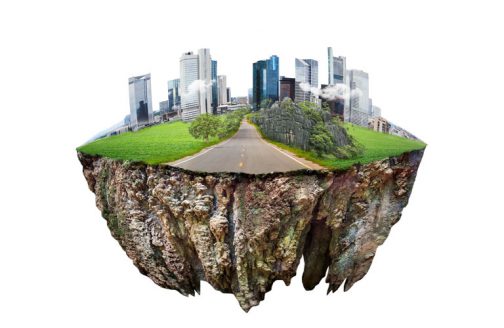 Donald Trump says that Donald Trump has a date in mind. By then, America’s trade deficit with Europe is supposed to have vanished. Until that date, the US president will deploy the same threats he’s using to blackmail China, a global power. But Trump has not yet considered the ways in which Europe can defend itself, nor has he realized that in turning the global system of multilateral free trade on its head, he is risking the prosperity of the entire Western world.

America is being cheated. This is the vague claim Trump uses to justify a strategy of aggression that has led to the slapping of unprecedented tariffs on China. He has raised prices on goods to the tune of $360 billion – more than the GDP of Denmark, Colombia or the Philippines. Since Trump’s inauguration, the average tariff on Chinese exports to the US has risen from 3 to 20 percent, according to the Washington-based Peterson Institute for International Economics.

In January, Beijing buckled and agreed to buy $200 billion of additional soy, natural gas, pork and other US goods in 2020 and 2021. Now Trump is demanding similar concessions from the EU, which he says is “worse than China.” Trump is threatening the EU with tariffs of up to 25 percent on cars. According to Nobel Prize-winning economist Paul Krugman, this is an “abuse of presidential power, contempt for the rule of law and dishonesty about motivations.”

Trump fails to realize that his supposed victory over China is nothing of the sort, not even for the US. Nor does he realize that Europe – for a variety of reasons – is likely to respond differently than the Chinese did. The result would be a further weakening of the global economy and an isolated US.

Europe is not China. It is piloted not by an authoritarian regime but by a relatively weak central institution in Brussels. Its real power lies in its self-assured, democratic member states, of which there are many. The EU is not going to simply order additional US products in volumes approximating the GDP of Greece, as President Xi Jinping has done.

No indeed. Europe’s national governments have held firm, along with their well-organized farmers and citizenry in general – who have harbored mixed emotions about US swagger ever since the Vietnam War. Give in to Uncle Sam in the guise of Donald Trump? What could be less popular than that?

And there are other reasons why it would be hard to imagine Europe ever buckling under. For example, “America First” blatantly challenges the open-market logic the West has followed ever since the advent of the industrial age. Its initial policies were hesitant, with occasional protectionist relapses, but they then became resolute following World War II, with the establishment of supranational institutions such as the World Trade Organization (WTO), the OECD and the International Monetary Fund to fix a monitoring eye on the markets.

Even 200 years ago, economists such as Adam Smith and David Ricardo spelled out the fundamental principle that free trade is not a zero-sum game. Both sides win because they can play to their strengths, thereby fostering the growth of the economic pie from which they take their slices. The West’s great advances in prosperity since World War II stand as vivid proof of the validity of this theory.

Under the influence of his advisors, Robert Lighthizer and Peter Navarro, author of Death by China, Trump regards trade as indeed a zero-sum game. He claims that the US has lost out because China and Europe have been booming. And, accordingly, he mistakenly thinks that the US wins when it harms China and Europe. But that would be merely a reprise of the mercantilism of the French Sun King Louis XIV and his finance minister Jean-Baptiste Colbert.

Smith and Ricardo displaced mercantilism, and rightly so, as current events attest. Trump’s aggression against China is not going to solve the problems of the US. Sure, the trade deficit with China has fallen by $50 billion. But the US has simply bought its products elsewhere. It is estimated that the aggregate deficit climbed to a new record of more than $900 billion in 2019. In the words of Krugman, “Trump’s trade war has raised prices for American consumers, hurt US businesses and farmers and deterred business investment by creating uncertainty.”

Europe has no interest in assisting Trump in pushing this downward trend. Too much is at stake. Germany alone sells half a million cars in the US every year. Likewise, Europe has no interest in moving production to the US and thereby sacrificing jobs. The EU could respond to Trump’s aggression with retaliatory tariffs against US online companies, which would further depress the global economy but serve as a necessary means of addressing Trump’s attempted blackmail.

All in all, it is a dangerous cocktail for industrialized nations, where middle-class frustration is already feeding populist tendencies. An economic slump could unleash greater social unrest.

Furthermore, alongside the day-to-day confrontations, a longer-term change is also underway. “And, remember, the nations Trump was trying to bully are or were among our most important allies, part of the coalition of democracies we used to call the Free World,” Paul Krugman points out. “These days, our erstwhile allies can no longer consider America a reliable partner, on trade or anything else.”

Europe has begun turning elsewhere. The EU is knitting a network of free-trade agreements with Japan, Latin America (Mercosur), Mexico and other states that prefer cooperation over coercion. China is moving in the same direction. It would appear that Europe and China are entering a period of greater cooperation.

These trends reveal two lessons. First, the US is gradually isolating itself economically. Global trade will, increasingly, flow towards an avoidance of the US. Trump is attacking globalization, a trend that has acted as a force of integration for the countries of the world. This will harm US economic output and most likely reduce its political influence in the world. Traditional constants such as the geopolitical influence and global dominance of the US dollar, which allows for cheap credit, are now being called into question.

Second, America’s alliance with Europe is falling apart. What about the idea of setting technological standards by means of the TTIP trans-Atlantic trade deal before a competing scheme is established by Beijing? Forget about it. What about the prospects of teaming up to stop China’s discrimination against foreign companies? Unlikely. While Trump rebrands the US as a force of darkness, Europe is on the lookout for new partners. In the 2020s, our world is headed for major uncertainty. 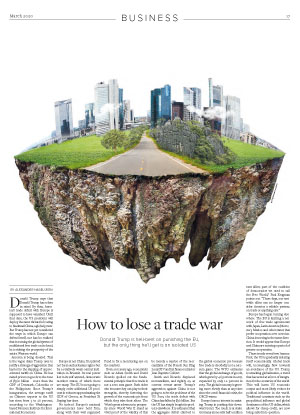