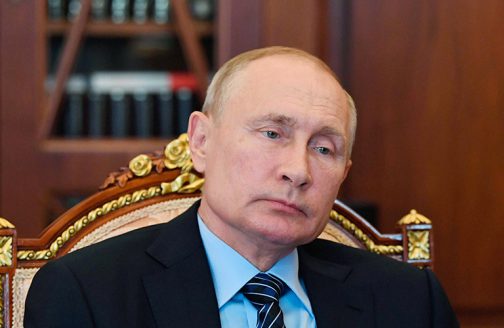 The COVID-19 crisis is affecting all areas of our lives and, much like a concave mirror, exposing a number of unresolved problems and unacknowledged grievances in astonishing ways. This is precisely what happened in the case of Russia’s recent nationwide vote on 200 constitutional amendments, which took place over several days and ended on July 1.

When the election commission announced that 78 percent of eligible voters had voted in favor of the constitutional reforms, leaders in the Kremlin hailed the results as a “triumph” for President Vladimir Putin. Kremlin spokesman Dmitry Peskov also praised the vote, arguing that the high level of approval for the new constitution was evidence of the people’s great belief and confidence in Putin.

In fact, however, the Russian Duma had already waved through the so-called constitutional reforms long before the people were even asked to vote on it. The slogan “Our constitution, our future, our decision,” which formed part of the advertising campaign promoting the referendum, was never anything more than an empty promise.

The Russian election monitoring organization Golos reported several election violations. From the very beginning, they argued, there had been no legal framework for the referendum, and there were also many cases of multiple ballots being cast as well as violations of electoral secrecy. The FDP foreign affairs expert Michael Georg Link, deputy chairman of the German-Russian parliamentary group in the Bundestag, pointed out that international election observers from the OSCE and the Council of Europe had not even been invited to monitor the vote.

The Russian election researcher Sergey Shpilkin spoke of the largest degree of election fraud in the history of the Russian Federation. In an interview with the online news outlet Meduza, he claimed to have counted a total of more than 22 million suspicious votes. And, in fact, polling stations had been set up in companies and factories, where colleagues and superiors monitored the voting. The election commission had announced the results of the vote even before polling stations in some regions had closed. Pandemic-related social distancing requirements were given as the reason why the voting was held outside in certain areas – in some cases, with ballot boxes being placed on camping tables, park benches and even in the trunk of a car. The Russian internet was full of mobile-phone videos showing scenes that caused many viewers to shake their heads in disbelief.

The head of the central election commission, Ella Pamfilova, denied that any voting took place on park benches or in the trunks of cars. Other officials at the election commission did not see a problem with this kind of open-air voting, pointing to regulations in place due to the COVID-19 pandemic and claiming that all criticism was merely an attempt to discredit the entire referendum.

When Pamfilova was appointed head of the election commission four years ago, she was supposed to represent a fresh start for the office and work to improve its battered image. The former Duma MP and human rights commissioner had long been considered a credible advocate for reform in Russia, even among circles critical of the Kremlin. She had also been highly regarded in the context of the German-Russian relationship and a welcome guest at forums such as the Petersburg Dialogue. The fact that she is now whitewashing the results of this highly questionable election will no doubt serve to further damage her reputation.

This latest referendum does not bode well for future balloting. Some observers have already described the vote as a test run for the Duma elections in 2021.

The old constitution would have brought Putin’s presidency to an end three years later, in 2024. Now, however, the new law enables him to hold the presidency for two further terms. This means that Putin could remain president until 2036 – at which point he would be 84 years old.

While many in Russia continue to see Putin as a guarantor of a certain level of stability, the number of people who are becoming increasingly critical of his never-ending presidency has grown in recent years. Surveys conducted by Moscow’s prestigious Levada Center have been showing declining approval ratings for some time. Especially among young and well-educated people in large cities, there is an increasing sense of a lack of prospects in the face of this forever Putin. Yet the influence of the opposition in Russia has thus far remained limited, chiefly due to infighting among the different camps.

At the moment, there is little evidence that enough people desire change, especially as the challenges of everyday life have grown for many during the pandemic. Given the job loss and the increasing economic crisis, the average Russian has more pressing problems than big politics. Perhaps this is why hardly more than 300 people attended the July 1 protest at the Pushkin Memorial in Moscow, and even fewer showed up in St. Petersburg. 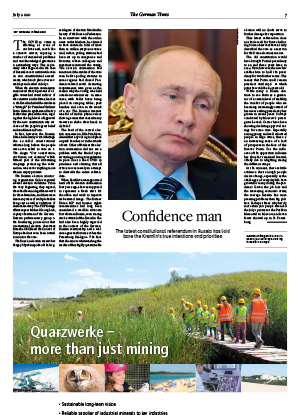