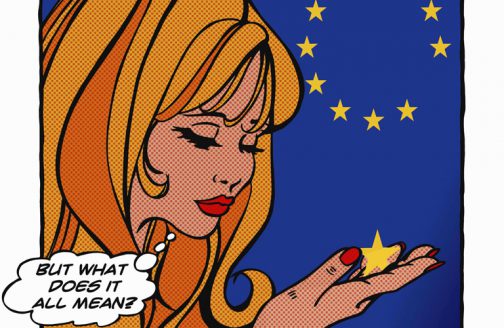 If the past few years have taught us anything, it’s the wisdom of taking predictions with a grain of salt. When Donald Trump was elected president of the United States, it was said the US economy would collapse. That has not happened. It has, in fact, grown at a healthy clip. In a similar vein, the argument went that if the British chose to leave the European Union, prices on the London Stock Market would nosedive. This has also not taken place. British stocks remain buoyant.

And here’s another prediction to consider: If Brexit occurs at the end of March – which seems increasingly likely, though still not inevitable – Europe faces months, perhaps even years, of turbulence. The exit’s immediate effects will most likely remain limited. Of course, economies on both sides of the English Channel will suffer when long-established supply chains are disrupted and border checks come into force, especially in the case of a disorderly Brexit, i.e. a divorce without the two parties agreeing on its terms. After all, the British and continental European economies are deeply intertwined.

Yet we should not underestimate the adaptability of businesses. They will somehow cope with the situation, and both the British government and those of the EU member states have a strong interest in minimizing potential chaos. No one benefits when, for example, airplanes remain grounded because overflight rights have yet to be clarified.

But then what? For British supporters of Brexit, it is an act of restoring national sovereignty. Without the EU – so the argument goes – the British will again become masters of their own fate. They would be free to negotiate trade agreements with states of their choice without submitting to Brussels. The question is: Will other states play along with this script? I doubt it.

Japan, for instance, has just signed a free trade agreement with the EU. The government in Tokyo has signaled its unwillingness to grant an independent UK the same conditions. Most states see the UK market, with its 66 million consumers, as far less attractive the EU’s 400 million consumers. These states will leverage that gulf to draw concessions from the British they could not get from an economic heavyweight like the EU.

So far, the tally has been disappointing for the British government. It must now renegotiate more than 40 trade agreements with third countries following Brexit. Four are thus far in place: with Switzerland, the Faroe Islands, Chile and the East African trade association ESA. The British government is gradually realizing how complicated the matter really is.

Joy at the UK’s regained sovereignty could quickly dissipate once it becomes apparent that, in material terms, one dependency replaces another – yet without the right of co-determination that the UK once enjoyed within the institutions of the EU. The great failure of the Europeans may be that they did not make clear to the British people that European integration, at its core, is a project that strengthens, not weakens, the sovereignty of the state. It rests on the idea that when dealing with other economic regions and forces on the free market, the states of Europe can achieve more if they are united.

But the EU, too, will emerge weakened from Brexit. To be sure, it conducted its side of the negotiations as a relatively solid bloc. And given what the British are currently experiencing, their example may strongly dissuade other European states from leaving the club. In addition, the days when British negotiators managed to torpedo joint European projects such as taxation policy and financial market regulation with their veto will be over once Brexit comes to pass. That will open up opportunities to complete European integration. Hence, some continental European states argue that, in the end, Brexit will actually push the EU forward.

Yet this argument falls short. For example, with Brexit, the EU will lose a pragmatic, solution-based actor, thereby upsetting the balance of power within the Union. Germany, in particular, looks set to lose an important ally. The weight of the southern European, state-aligned economies will likely grow. This will be a source of new conflicts regarding the economic direction of the EU.

Finally, and especially if the British and the EU fail to part in amity, the era of stability in Europe – hard-won in the years following World War II – could come to an end. This applies primarily to the relationship between the Republic of Ireland (an EU member) and Northern Ireland, a part of the UK. Furthermore, one cannot rule out that, sooner or later, two power blocs will arise in Europe: one in the EU, with its 27 member states, and one based in London, possibly in coalition with other non-EU states such as Switzerland or Norway. Most likely, these two blocs would make political decisions according to their current situations and interests, which would likely complicate any European consensus in external policy.

What does all this mean for the rest of the world? That depends on one’s perspective. If Europe loses influence, that would mean more influence for the other great powers. Trump recognizes that. His animosity toward the EU can be traced not least to the realization that, in bilateral negotiations, the US can assert its interests more effectively without a partner of comparable economic heft. The Chinese can likewise be expected to drive a wedge between the British and the rest of Europe in order to push forward their own agenda.

Yet when the big players extend their spheres of influence, it will be mostly at the expense of the little guys. A weaker Europe would be bad news for most countries that have generally benefited from the rules-based system of international relations the EU has been pushing forward for decades. And perhaps even Washington will come to recognize that peace and stability in Europe are very much in the long-term interests of the US.

What, then, should be done? As matters stand today, a complete reversal of Brexit appears unlikely, nigh impossible. There are simply no political majorities for it. Hence, the goal must be to organize the separation in such a way as to enable coexistence in partnership and, perhaps, another accession further down the road. The United Kingdom is part of Europe. This is not only a geographical reality; it is also a statement accepted by most people on both sides of the English Channel. We can only hope that politicians do not jeopardize this common ground through rash decisions. 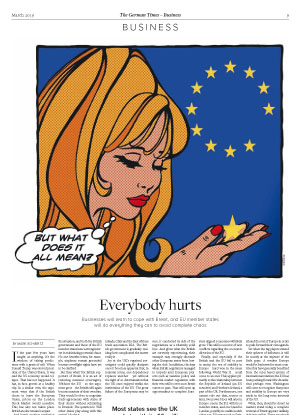