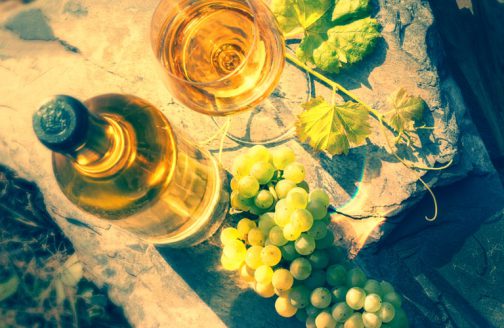 Vineyards that reach the Baltic Sea? We’ve seen it once before – some 800 years ago. Today’s climate change is bringing warmer and warmer weather to Germany. And accordingly, German winemakers have started moving even further north, all the way to the coast. Near Kiel, Germany’s northernmost big city in the state of Schleswig-Holstein, the Montigny Winery now operates a vineyard on two hectares of land surrounding Hof Altmuehlen. And at Germany’s northernmost vineyard since 2009 — in Keitum on the island of Sylt in the North Sea – the Rheingau winery Balthasar Ress cultivates Solaris and Mueller-Thurgau grapevines on a plot of 3,000 square meters.

Even the states of Brandenburg and Lower Saxony, which have never been home to winegrowing, are starting to see vineyards being established. In Lower Saxony, ten new winemakers have acquired the right to cultivate grapevines on a total of nearly 7.6 hectares. These winegrowing areas are located in the region around Hanover as well as in the nearby districts of Goettingen, Lueneburg, Oldenburg, Schaumburg, Friesland, Osnabrueck and Ammerland. In the space of only a couple of years, many of these northern wines will no doubt be able to measure up to the levels of quality offered by more traditional winegrowing areas.

As it is, German growers are already well-prepared for the near future with their traditional cool-climate grape varieties: Riesling, Silvaner and Spaetburgunder (Pinot Noir). Any danger that these late-maturing grape varieties will not achieve their optimal maturity has long since faded away.

At the moment, winemakers are producing around 66 percent white wine and 34 percent red wine on the country’s roughly 100,000 hectares of vineyards. However, the trend toward red grape varieties in all 13 growing areas between the Elbe and Lake Constance is clearly identifiable. In the medium term, winemakers in Germany are increasingly looking at red grape varieties such as Tempranillo and Merlot.

For the grape known as Trollinger, however, things are slowly getting too hot. It is already being replaced in part by other varieties, such as Cabernet Franc, Cabernet Sauvignon and Merlot. With current trends in wine lovers’ drinking habits always in mind, winemakers are proceeding with caution and now planting smaller plots of land with southern red wines.

At roughly one percent of all vineyards in Germany, the proportion of international grape varieties is still low. However, figures from the German Wine Institute (DWI) show that the area devoted to Cabernet Franc (44 hectares), Shiraz (57 hectares) and Tempranillo (10 hectares) more than doubled from 2010 to 2014. The acreage for Cabernet Sauvignon (to 360 hectares) and Merlot (to 600 hectares) also rose by 20 percent each.

Every now and then, climate change prompts concern among otherwise relaxed German winemakers. In 2006, for example, the ice wine harvest failed completely due to an excessively mild climate. In fact, less and less ice wine has been produced since the 2000s, as those long periods of minus-7-degree weather necessary for the late harvest of these sweet wines in winter are becoming increasingly rare.

This early sprouting of leaves is associated with a number of dangers: for example, night frosts can threaten young shoots, and temperatures of minus 1 degree Celsius are also dangerous to the vines. Winemakers these days are deploying measures such as small wind turbines, fan heaters, frost candles and even helicopters to try and drive out the frost from the rows of vines.

Climate change is also causing a growing number of winemakers to seek out higher ground. For example, higher areas along the Mosel River – the so-called “upper bars” – are once again being cultivated. Ernst Buscher from the German Wine Institute notes that “one hundred meters higher means an average temperature of one degree less.” This makes it possible to continue producing lighter white wines. Plus, in order to prevent rising temperatures from generating heavy wines like the ones in Spain and Portugal, winemakers are also trimming back the foliage on vines more aggressively; after all, those leaves produce sugar via photosynthesis, and this sugar is stored in the grapes and then converted into alcohol.

One group of Germans welcoming the higher temperatures are pests and parasites, such as the Kirchessigfliege (cherry vinegar fly), Rebzikaden (grapevine leafhoppers) and Eichenprozessionsspinner (oak processionary moths). As a result, winemakers are expanding their use of organic pest control, which can involve, for example, special attractants. In the battle against the Traubenwickler (vine moth), the use of a pheromones-based approach in more than half of the vineyards in Rhineland-Palatinate is already yielding positive results.

Climate change will also no doubt impact the taste of wines, many of which will contain significantly less acidity and be less fruity. On the other hand, it also means they’ll be earthier and heavier – with the alcohol content already moving steadily upward.

Nikolas Rechenberg
is a wine blogger based in Berlin. 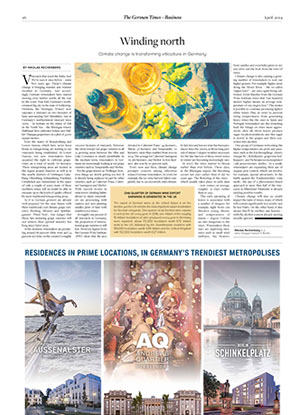