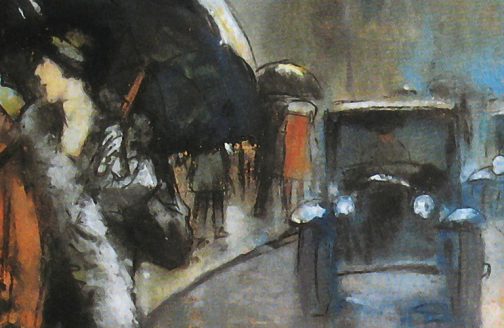 This is Berlin, that pulsating cosmopolis: parties and clubs, the fables and follies of dating life, a bustling startup scene with new technologies bringing riches to self-made entrepreneurs, female empowerment and culture wars where big-city liberal lifestyles clash with right-wing populism.

But this is not the Berlin of 2019. No, indeed. It is the thematic outline of life in the city between 1878 and 1948. It is the Berlin of Effingers, the majestic and monumental novel by Gabriele Tergit, published in 1951. The book was re-issued in Germany this year and instantly became the hot read of the summer. It’s the novel the reading public is talking about.

Tergit, born in Berlin in 1894, tells the story of four generations of two intertwined Berlin families. The banker and patriarch, Emmanuel Oppner, arranges a marriage between his daughter Annette and Karl, a rising young industrialist, whose brother Paul marries Annette’s sister Klarchen. The dynastic arrangement is set.

Tergit’s cast of intriguing characters – parents, children, lovers, friends, foes – would make even the best Netflix show blush. We follow Annette as she claims her spot in high Berlin society like a Silicon Valley mom in Big Little Lies, Paul as he ascends from toolmaker apprentice to car manufacturer, their children as they flower into idealists, dreaming of a new century, breaking with norms and forging their own paths before World War I stops them in their tracks, transforming them into either conventional, responsible citizens or disillusioned PTSD libertines.

In the best way, this epic 900- page novel resembles another historic family saga: Thomas Mann’s Buddenbrooks. Mann’s story of four generations runs from 1835 to 1877. It may be no coincidence that Tergit’s book begins the very next year. Effingers is set against the backdrop of a changing German society steeped in the comforts of Bismarckian Prussia. Modernization and an economic boom bring affluence and changing norms, which are reflected in the contrasts between the city of Berlin and Karl’s and Paul’s small hometown in southern Germany. After World War I, anti-Semitic sentiment slowly but surely takes hold and the Effinger family must reluctantly learn that they are not the German clan they aspired to be. What starts out as a domestic novel becomes a highly politicized book, but the author is careful never to speechify.

It is a telling sign of both the course of German history and of Tergit’s masterful storytelling that the word Jewish does not appear over the first 200 pages of the novel. Just about all of the major characters in Effingers are Jewish. Far from neglecting anti-Semitic stereotypes in the 19th century, Tergit exercises striking sublimity in showing how being Jewish did not play a predominant role in Germany before the early 1930s. It is not until the Nazis are at the doorstep of power that everything changes dramatically. Tergit does not spare the reader what happens next, but it is not the sweeping description of the horrors of Hitler’s henchmen that give readers pause; it’s rather the renewed realization of the sheer madness behind it. Only those equipped with supernatural reserve can withstand being taken in by the Effingers after spending 800 pages sharing in their unadulterated human hardship and joy. By taking part in their anything-but-boring lives, readers come to re-experience much of what Germany lost in the 20th century.

The author herself argued that she had not written “a novel about the Jewish fate, but a novel about Berlin that portrayed a lot of people who happened to be Jewish.”

Tergit began writing the book in 1932 at the highpoint of her career as a journalist and author. As a trailblazing court reporter, she had gained tremendous insights into the stories of people from all rungs of life. She had just published, to great success, her first novel, Käsebier takes Berlin, a wickedly crafty and funny book about the roaring twenties in the German capital. On March 5, 1933, during the night of her 39th birthday, a Storm Trooper commando broke into her apartment in an attempt to arrest her. Tergit was able to flee, first to Czechoslovakia and then to Palestine before settling in London, where she lived until her death in 1982. She wrote Effingers over the course of 18 years, in hotel rooms in Prague, Jerusalem, Tel Aviv and the British capital, trying to recapture the lost world of her youth.

In 1948, she returned to Berlin for the first time – a visit that is alluded to in the novel’s somber epilog. Tergit carried with her the last of five manuscripts of the novel. Two had been destroyed in bombing raids while one had been lost in Paris, the other in Munich.

Effingers was published in 1951 by Hammerich & Lesser – and sold a mere 2,000 copies. German society was not ready for her nuanced and confident voice. Many German publishing houses labeled her book “Jewish,” believing it wouldn’t sell; the publishers at Ullstein rejected the book, arguing that after the war, Jews should only be portrayed as purely noble people. Tergit considered all of it “untenable” and “ridiculous,” according to her biographer, Nicole Henneberg. And indeed, the members of Effinger family are vividly drawn, three-dimensional characters that come alive on the page in all their glamour and gloom.

Gabriele Tergit, née Elise Hirschmann, portrayed her parents as “ardent patriots” and remembered her father insisting that “the government doesn’t lie.” She was a woke woman long before that word became fashionable and strived to tell her story with the historical autonomy characteristic of truly great novels. Such books accomplish more than capturing the zeitgeist; they let us understand and live in a world both lost and very much alive. 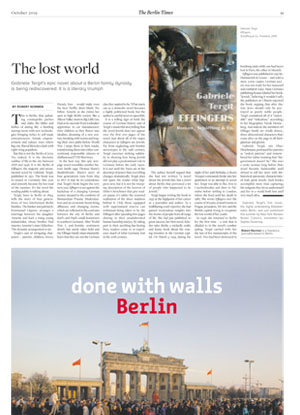