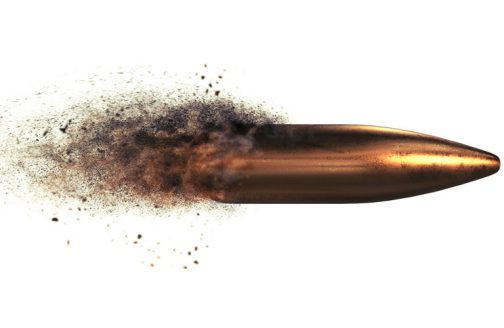 It was after midnight, but Walter Lübcke, 65, was still sitting on the terrace of his house in Wolfhagen-Istha, a small town near Frankfurt. The local politician, a member of Chancellor Angela Merkel’s CDU, lit a cigarette. He could probably still hear the music from the party tent at a nearby carnival when the bullet hit – fired at short range, from a 9mm pistol, into the side of his head.

It was a political murder committed by a far-right radical, it now seems. The killing has shocked the entire country. German President Frank-Walter Steinmeier has commented on the case, as has Merkel. It was an “attack on us all,” one with completely new characteristics, said Interior Minister Horst Seehofer.

On that night of June 1, a bout of violence erupted that had been building noticeably for years in much of the country, the investigation suggests. In 2015, as Germany was taking in 10,000 Middle Eastern refugees each day, sometimes more, and criticism of the policy was growing steadily, Lübcke took a clear stance.

A town meeting was called to discuss plans for a new asylum shelter in the area. Lübcke regarded the acceptance and sheltering of people in need as a necessity, a Christian duty. Supporters of the anti-migrant Pegida movement, who were also in the room, had a different opinion. Lübcke took to the stage to address them: “Anyone who does not share these values is free to leave this country at any time.”

Ever since that Oct. 14, 2015, the statement can be found online. Pegida supporters immediately uploaded a video of it on YouTube, creating a basin to collect all the hate and incitement against Lübcke. If, perhaps, this remark was the reason for his killing, what does that mean for Germany?

For security authorities, the crime was their worst fear come true. The threat posed by violent, extremist right-wing offenders and terrorists has been growing for years. The number of potential violent offenders keeps rising. Police and surveillance authorities are beefing up their own efforts; but apparently the threat is growing too fast for them to keep up.

DNA analysis at the scene led investigators to a man who’s now the chief suspect. The key bit of evidence was a single flake of skin on Walter Lübcke’s checkered shirt. Computers delivered a definitive ID: a man named Stephan E., born in 1973.

At about two in the morning on June 15, a police SWAT team arrested Stephan E. at his home, not far from Walter Lübcke’s house.

Investigators are still uncovering the full scope of the crime. The suspect confessed, leading to the discovery of the murder weapon and a cache of other firearms, including an Uzi submachine gun. On July 2, however, he recanted his confession. But many questions remain. Why did Stephan E. choose Lübcke as his victim? Besides a political motivation, could personal reasons have also played a role? Why would a right-wing extremist, whose most recent offense was back in 2010, allegedly kill someone now? The case has many parallels to an October 2015 knife attack on Henriette Reker, then a mayoral candidate in Cologne, who was stabbed by a rightwing extremist named Frank S. Like Lübcke, Reker had authority at the municipal level for accommodating refugees.

According to police records, the extremism of Reker’s assailant, who was sentenced to 14 years in prison for the attack, had been dormant for nearly two decades before he drew his knife. It’s believed the refugee influx in 2015 reactivated his xenophobia. Unlike Lübcke, Reker survived the attack on her life. She is now the mayor of Cologne.

Henriette Reker and Walter Lübcke share another trait, one that is now raising fears among other local politicians. Lübcke headed a municipal authority and was known to be easily accessible – a man of the people. Unlike many local and federal politicians, such as state interior ministers and many members of the federal government, these local leaders do not have constant police protection. They are easy targets.

Many in Lübcke’s region of North Hesse knew where and how he lived. His number was in the telephone book. He was by all accounts a down-to-earth person with no need for self-promotion. Lübcke had two sons and a one-year-old grandson. Deeply rooted in his home region, Lübcke knew a thing or two about agriculture, rural life and enabling coexistence among people of different ages, views and ethnicities.

One core question still to be answered is whether the suspect acted alone or with the help of a far-right network. A good deal is already known about Stephan E. He was born in Wiesbaden but has lived for many years in Kassel, which is the known hotbed of the region’s far-right scene. Kassel was also one of the places where a cell of killers called the National Socialist Underground (NSU) struck during their years of unsolved attacks across Germany, killing nine foreigners and a policewoman before being discovered in 2011.

The NSU relied on a broad array of supporters in Kassel. Stephan E. was one of those identified during an official probe of the neo-Nazi network in Kassel following the NSU killings. He was cited as an example of a “right-wing extremist ready to commit violence” – although not as a confidante or supporter of the NSU members Uwe Mundlos, Uwe Böhnhardt and Beate Zschäpe.

Earlier on, Stephan E. had been an active member of the extreme-right NPD party and, according to security sources, the Autonomous Nationalists – a neo-Nazi group that disguises itself by wearing clothing associated with leftist anarchists. He is believed to have joined multiple far-right demonstrations in Hesse and North Rhine-Westphalia. In 2009, he allegedly took part in an attack on labor activists in Dortmund, but his record of court convictions is much longer, ranging from aggravated assault and disturbance of the peace to firearms violations. For the attempted bombing of an asylum shelter in the Hessian town of Hohenstein in 1993, he was sentenced to six years of juvenile detention.

Did the authorities lose sight of him in recent years, perhaps failing to detect any of his revived far-right activities? Stephan E. had become quieter over time, having married and fathered two children. He was no longer officially classified as a potentially violent far-right threat and was no longer being monitored, which has led the head of Germany’s domestic intelligence agency, Thomas Haldenwang, to draw a remarkable parallel: Perhaps the phenomenon of “sleepers,” a concept more often associated with Islamist terror cells, now also exists within the extremist right.

However, investigators analyzing Stephan E.’s mobile phone have revealed numerous inflammatory comments on social networks, especially YouTube. In 2018, using the alias “Game Over,” he allegedly posted: “Either this government resigns soon or people will die,” as well as “Stop all the talking. There are a thousand reasons for action and only for doing ‘nothing’: cowardice.”

Investigators are now also looking at evidence of additional culprits. A neighbor of Lübcke’s said he noticed two cars “driving aggressively” through the town on the night of the killing. The witness, a former soldier, claimed to have heard a shot fired 20 minutes earlier.

The witness said he had the impression that the two drivers had taken a wrong turn. He said one of the cars was a VW Caddy – a model Stephan E. owned – but could not identify the other. No one knows how close Stephan E. was to extreme right-wing groups. But this is now the chief question investigators are looking into. 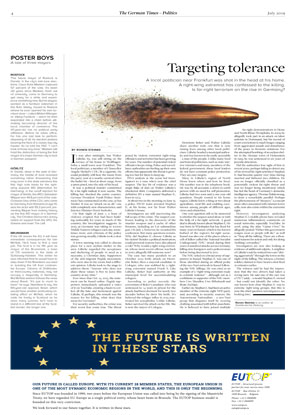