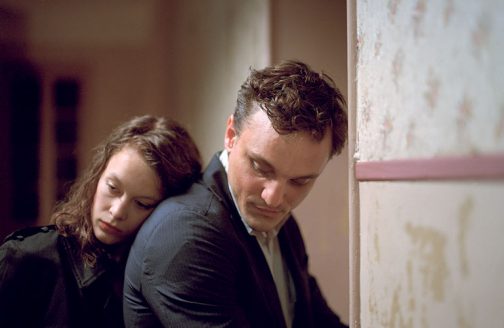 When Christian Petzold thinks of cinema, the image that comes to his mind is Angelus Novus, a print created by the Swiss-German avant-garde artist Paul Klee two years after the end of World War I. Klee’s image depicts what philosopher Walter Benjamin referred to as “the angel of history” with spread wings and its eyes and mouth wide open. In an essay touching on this heavenly messenger, Benjamin writes that the angel – who is propelled into the future but whose face is steadily “turned toward the past” – is compelled to behold the ceaseless catastrophes of history hurled at his feet.

Christian Petzold would argue that the same applies to cinema. As the director and screenwriter explained in a recent interview with the Neue Zürcher Zeitung for his latest film, Transit (2018): “Precisely because it looks back, cinema feels that which lies before us.” Transit is an adaption of the “exile novel” of the same name by German author Anna Seghers, who fled the Nazis in 1934 but returned to Germany after World War II to become one of the GDR’s most important authors. Petzold’s film blends and superimposes the past and the present, and the result is a timeless story about people on the run: characters that have escaped from 1940s German fascism and are now in Marseilles, where they hope to find safe passage.

Film critics have been fascinated by the way in which Petzold jumps back and forth in time in what they call his “picture puzzle,” which premiered at the Berlin Film Festival. Indeed, ever since Petzold’s breakthrough film The State I Am In (2000) – which revolves around the daughter of former RAF terrorists seeking to free herself from her parents’ criminal legacy – his works have almost always elicited unanimous admiration from critics. His films are invited to international competitions and showered with prizes, including the Berlinale’s Silver Bear for Best Director, the German Film Award and the German Television Film Prize, to name a few.

In 2018, Petzold, who was born in West Germany in 1960, received yet another honor. He was among a new group of film professionals from 59 countries invited to join the Academy of Motion Picture Arts and Sciences, in his case for his work as a screenwriter. This group of fresh faces has been called to Hollywood in an attempt by the Academy to foster diversity among the ranks of its Oscar voters. And if anyone is curious as to which perspectives Petzold will bring to his new role at the Academy, Transit provides many clues.

Petzold conceived Transit with his long-time co-author Harun Farocki, who died in 2014, and it is the last film the two worked on together. For Petzold, the film marks the bringing-together of all the life themes that have accompanied him since the beginning of his career. Indeed, in many of his films, we encounter characters mired in a spiritual, personal and political no-man’s land. We watch them as they seek a path between life and death, between the past and the future, between salvation and destruction and between bourgeois existence and underground survival. Their identity is ambiguous, they have nowhere to call home and their situation is undetermined. We watch them struggle with guilt and shame in a world in which good and evil combine, creating infinite shades of gray.

Bleak chapters of German history create the backdrops against which events are condensed into tragedies, many of which are permeated by elements of horror and the fantastical. Petzold’s characters are invariably trying to assert themselves against family constellations and social systems. But their chances of success are always doubtful. As Petzold himself notes, almost all his characters are “refugees, that is, people who have fallen out of this world, individuals who are forced to re-learn their present.” In fact, he argues that everything is a journey, and that he and Farocki “only ever shot travel films.”

Petzold, who lives with his wife and two adult children in Berlin, has always drawn inspiration from his own family history: His parents fled to the West from the GDR in the 1950s and their son was born and grew up in North Rhine-Westphalia, but the family still paid regular visits to relatives on the other side of the Iron Curtain. This perhaps explains the filmmaker’s fascination with existences between here and there. After studying at the Free University Berlin and the German Film and Television Academy, he started out as a documentary and short-film-maker, preferring to work together with close friends and colleagues.

Petzold’s go-to actor for the leading role in many of the dramas and melodramas he’s shot for cinema, but also for TV, is the incomparable Nina Hoss. In Something to Remind Me, she plays a woman looking to avenge the murder of her sister; in Wolfsburg, she plays a murderous mother in mourning; and in Yella, she plays an East German risk capitalist. In Jerichow, we see the actress bristling with intellectual coolness and restraint as a woman involved in a fatal love triangle centering on a soldier returned from Afghanistan; in Barbara, she embodies an East German doctor contemplating fleeing to the West; and, finally, in Phoenix, she is the Holocaust survivor who tries to find her way back into her old life with a face that has been altered by the deadly abuse she was subjected to in the camps – and becomes re-acquainted with her husband in a horrific way.

Actors Ronald Zehrfeld, Benno Fürmann and Barbara Auer are among the other members of Petzold’s regular team. His work on Transit brought him to discover Paula Beer and Franz Rogowski, two artists with whom he wants to work again. Bettina Böhler is his trusted editor, and Hans Fromm his cinematographer of choice.

This team acts as the guarantor of the characteristic look and feel of every Petzold film. For example, there’s not much talking, and the music is used sparingly but effectively. Images are clearly delineated, and each backdrop and setting selected in a corresponding manner. Everything is precisely choreographed. This is why Petzold is often considered one of the main representatives of the Berlin School, a group of filmmakers inspired by the aesthetics and sociocritical approach of the German Autorenfilme (author films) of the 1960s and 1970s.

All that Petzold does is calculated and meticulously thought-through. His work often contains illusions to classics, such as Alfred Hitchcock’s Vertigo and Mike Nichols’ The Graduate. He also likes to organize his films into trilogies: The State I Am In, Yella and Jerichow compose his “ghost trilogy,” while Barbara, Phoenix and Transit make up his “history trilogy.”

Petzold directed three episodes of the German TV series Polizeiruf 110, starring Matthias Brandt as a melancholic commissioner. The show is a prestige project in the world of German television. He was also involved in the crime trilogy Dreileben, a collaborative miniseries experiment in which three different directors portrayed the hunt for a murderer from three different perspectives.

Petzold was not satisfied with the result of the experiment and soon insisted that TV series were not for him, no matter how popular the genre. His foray into the world of theater at Berlin’s Deutsches Theater was also short-lived. Soon thereafter, he told the Berliner Zeitung in no uncertain terms: “I consider cinema to be completely superior to the theater.”

In other words, Petzold’s creative affection belongs to the big screen alone. His priority now is to explore and portray enmeshed webs of human relationships, rather than individual characters. Up next is Undine, a love fairytale for adults. The title of the film is taken from the water nymph that captivates and seduces men in a number of mythological tales. She is, of course, an elemental being, existing somewhere between land and water. So, we can be pretty sure of one thing: it will not go well. 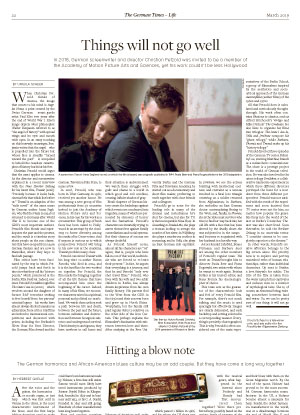