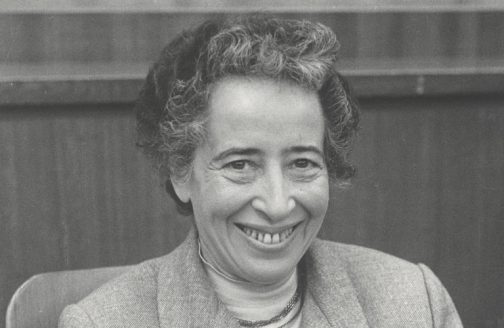 In the late 1990s, Heinz Bude became a star German intellectual. The sociology professor wrote an essay published by a small publishing house on low-quality paper: “Generation Berlin” perfectly captured the Zeitgeist. Berlin was the nation’s new capital and Bude detected a spirit of transformation in its wake. There would be no more ill-fated notions of German destiny, as evidenced by the horrors of Nazi ideology, or of the student revolts of 1968 and their overwrought mission to transform humanity with half-digested Marxist theories. Instead, a new pragmatist generation would finally cast aside old grievances and outdated ideas and make Germany a modern and individualistic society.

Over the past 20 years, Bude has established himself as a shrewd diagnostician of the many social insecurities of the upper middle class. In his latest volume he muses over the idea of “solidarity, the future of a great idea” (Solidarität. Die Zukunft einer großen Idee). Just as when Camus wrote the The Myth of Sisyphus, Bude says, we live “in an age of disillusioned ideologies and overrated science.” There was no way to trace the realities of our personal lives or the events of world history back to a set of laws or principles. Solidarity under these circumstances – i.e. not being able to impose the notion – was not a solution, but a question: “What is worth living for?” Solidarity might often fail to make a major difference on the whole and could come at a high price for the individual. But to be aware of the absurdity of being meant coming together, proving “that we can continue together and [the individual] doesn’t have to give up.”

Hannah Arendt may well be the political philosopher of the hour. She was born in the north German city of Hanover to secular Jewish parents. In the 1920s, Arendt studied under Martin Heidegger, the young and ingenious superstar of philosophy who became her lover for a time before revealing himself to be a crude anti-Semite and flirting with the idea of becoming the philosophical mastermind of the Nazis. (They ulimately had no use for him; after 1945, Heidegger partly recanted his allegiance and became a recluse.) Arendt fled Germany in 1933, first to Paris and in 1941 to New York, becoming a US citizen in 1951. In 1961, she wrote a series of highly controversial articles for The New Yorker about the trial of the German war criminal who organized the transportation of Jews to the concentration and extermination camps. Arendt’s work on the “banality of evil,” later published as Eichmann in Jerusalem, made her a household name. She later became a professor at the New School for Social Research and wrote a series of books on political philosophy.

Maike Weißpflug, herself a political theorist in Berlin, has now written a thorough examination of Arendt’s “art of thinking politically.” Weißpflug canvasses the distinct style of Arendt’s “approach to reasoning,” eschewing classical abstract theories that falsely claim objectivity. Instead, the political should be understood as based on individual experiences. As Weißpflug claims in her intellectually engaging portrait, Arendt’s concept of placing truth over Weltanschauung, or worldview, “of not playing a role but trying to somehow be human,” has made her the North Star of our crazed times.

Just like in the US, there’s a bull market abroad for books trying to explain the populist movements of the world, the success of the Trumps, Orbáns and Bolsonaros, the Front National in France, Lega Nord in Italy and the Alternative for Germany.

And now, along comes another contender by the German sociologist Cornelia Koppetsch: Die Gesellschaft des Zorns. Rechtspopulismus im globalen Zeitalter (The society of rage. Right-wing populism in the global age). While the surprise hit is written in sufficiently sociological jargon to pass as a scholarly work, it is also refreshingly clear-sighted and devoid of speechifying, patronizing undertones. It faces its subject on equal footing. The German weekly Die Zeit called it today’s most bracing book on the matter.

Koppetsch argues that the rise of rightwing parties correlates with a “counterrevolution” against globalism and transnationality. Their rise follows a “collective emotional reflex” against societal change. Koppetsch limns with concision the decline in power of the Western nation state over the past 30 years, from the fall of the Iron Curtain to the repercussions of the 2008 financial crisis, which is unresolved to this day. Governmental institutions no longer have the scope to efficiently assist those most affected by job-market upheaval.

However, Koppetsch argues, today’s divisions run deeper – in an “affective ontological” sense. They pit those feeling secure and in control of their lives in a liberal cosmopolitan world against others who sense a loss of influence over their “habits, views and perceptions – their identity.” 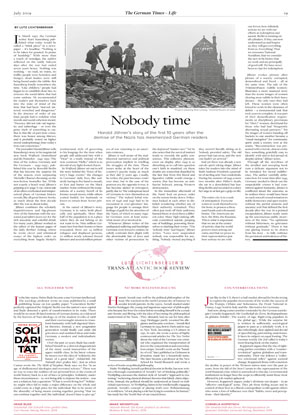