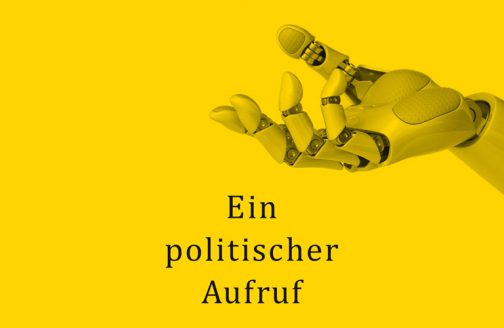 There are typically two types of political books that aim to sketch the big picture of the state of the West. The elder statesmen version is full of sweeping generalities – calls for open dialogue, robust diplomatic efforts and a well-intentioned reminder of the common values we all share. The second type is usually written by a foreign policy specialist, and spills over with an abundance of detailed knowledge of far-flung regions, key international players and historical minutiae.

While both versions have their merits, the sweet spot may lie just somewhere in between the two. Thomas Kleine-Brockhoff’s new book comes quite close to hitting that spot. In Die Welt braucht den Westen (The world needs the West), the vice president and Berlin bureau chief of the German Marshall Fund calls for a “new beginning for the liberal order.”

Kleine-Brockhoff is a seasoned journalist and a former speechwriter for German President Joachim Gauck. He is fluent in the language of scrupulous Western self-reflection and is adept at calling out self-victimization on both sides of the Atlantic, where every country expects greater obligations from others than from themselves.

Kleine-Brockhoff is deft at presenting wonky analysis of, for example, the legal doctrines surrounding a new international immigration regime. Yet being an earnest centrist, he never takes his eye off the realm of possibility in international politics.

Liberal democracy must not only be defended from its enemies, he warns, but also protected from the maximalists within their own ranks. Kleine-Brockhoff’s notion of a “robust liberalism” – without democratic proselytizing – is refreshingly reasonable.

When the algorithms come, who will be the winners and who the losers?” Lisa Herzog asks on the very first page in her new book Die Rettung der Arbeit. Ein politischer Aufruf (Saving work. A political proclamation). It is the opening salvo of what is both a thorough economic and philosophical analysis of the present and future of work in industrialized countries around the globe, as well as a somber, yet urgent and well-reasoned call for political action. Or, to twist Boris Johnson’s catchphrase in his Brexit campaign, “taking back control” is called for, not by nationalist means but by “democratizing the realm of the economy and labor.”

The 36-year-old Herzog, a professor of political theory in Munich, is not in the business of espousing dreams of a utopia where no one has to work and people live on a universal basic income promoted both by leftist politicians and Milton Friedman acolytes in Silicon Valley. Herzog warns of work becoming a fetish in the tradition of the protestant ethic and its ideological alliance with the “spirit of capitalism,” as the German sociologist Max Weber famously laid out. Yet Herzog is convinced that work is more than a “necessary evil and more than a way of earning one’s living”; it’s a part of living that would most likely still exist even if the social order were entirely different and machines could do even more tasks.

For Herzog, the ongoing digitalization-driven transformation of the working world is no reason for fatalism – as digitalization is not a force of nature beyond our control. The author smartly lays out policy proposals to make companies more accountable, re-organize the social state and reform the tax code. Her book itself is an outstanding work of political scholarship.

SPEECH IN A BOTTLE

In April 1967, Theodor Wiesengrund Adorno gave a lecture at the University of Vienna about “aspects of the new right-wing radicalism.” The lecture, which was available only as an audio recording until being published this summer, is as timely as ever.

Adorno talks about the populism of the right as if he were alive today. He slices through the tropes of populist propaganda with uncanny precision. Adorno points to the tendency among many on the right to not place blame for their anxieties where blame is due: on those politicians who’ve pushed deregulation and the corporate overlords who’ve created the bind we now face.

He calmly assesses the diminishing sphere of influence of any single nation-state and considers this to be the very driver of our dangerous nationalistic longings. He explores a foundational element of right-wing tactics, “the anticipation of horrors,” as a sort of baseless fear-mongering. Adorno calls it “a type of manipulated astrology.”

Public dissatisfaction with change and what it brings – climate change, feminism, increased awareness of minority rights – have inspired something akin to a societal death wish or, in President Trump’s terms, “carnage.” Adorno’s short tract reads eerily prescient, a letter in a bottle for our times.

The philosopher, sociologist and psychologist was a leading member of the Frankfurt School of critical theory. After being forced to leave Nazi-Germany in 1933, he lived in the US until 1949. Back at the University of Frankfurt, he was a leading intellectual in postwar Germany. The Dialectic of Enlightenment, written together with Max Horkheimer, is considered a major work of 20th century philosophy. As his striking speech in Vienna from 52 years ago shows, he is still the man of the hour. 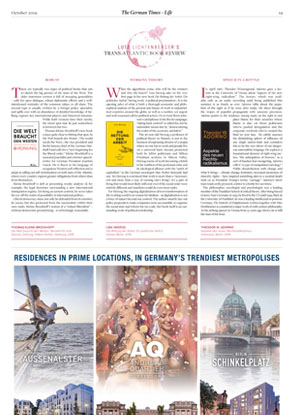