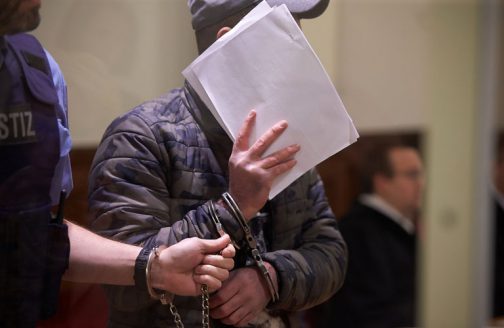 The admonition from Washington came in loud and clear, and it made immediate waves across Europe. In late February, US President Donald Trump publicly called on European governments to finally take back citizens who had fought for the Islamic State (IS) and have since been captured. Europe’s answer came only a few days later: “What we’re dealing with here is the judicial processing of international terrorism, which means that it would be entirely appropriate if we were to set up an international criminal jurisdiction,” said Germany’s Horst Seehofer at a meeting of interior ministers in Paris. “For me, this option will always be preferable to bringing all IS fighters holding German citizenship back to Germany.”

Seehofer’s response basically amounted to a “No thanks, Donald.” European politicians have now started calling for an international tribunal to try European IS fighters “with the involvement of the UN and the EU,” as Austria’s Interior Minister Herbert Kickl put it. The prime minister of Sweden is also promoting this cause, as is the Finnish minister of the interior. And most European decision-makers are arguing that this tribunal should not be located in their countries in Europe, but rather as far away as possible – in the Middle East.

This idea of a remote court came up once already in 2015, but nobody – not even the Europeans – pushed ahead with it back then. Although governments – including Germany’s – had meticulously planned the military campaign against IS, they failed to spend any significant time thinking about what to do when the war was over, and what to do with prisoners in particular.

The problem is by no means a new one. For many years now, accusations have been lodged against the United States that it continues to carry out its own form of rogue justice in Guantanamo, Cuba, for the simple reason that it does not want to try terror militants in courts on US soil. In the case of the IS fighters captured in Syria, however, the tables have been turned, and now the US is admonishing Europeans to bring their fighters to justice in courts at home in Europe.

The idea of setting up an international court in Syria is coming rather late, perhaps too late. Decision-makers in several European capitals are only now grasping that the arduous alternative would involve taking back all European IS fighters, the move called for by the US. This would inevitably include a series of very difficult and complicated legal battles, which makes the idea of delegating the task to an international tribunal in the Middle East highly appealing. Victims and witnesses live in the region, and there would be fewer difficulties associated with providing evidence, something that often plagues European courts. In addition, prosecutors would have access to the larger picture. In Europe, on the other hand, the various responsibilities are fragmented. In other words, in the Middle East, the ability to prove atrocities would be easier.

From the perspective of the rule of law, a court in the Middle East isn’t a bad idea either. The Kurdish militias in northern Syria, who are still holding roughly 800 European citizens in their prisons, are not putting anyone on trial at the moment. And Bashar al-Assad’s henchmen should certainly not be entrusted with the task. In Iraq, on the other hand, the justice system is prosecuting IS fighters on an almost daily basis. On one occasion, a trial that ended in a death sentence took only ten minutes. The defendant, a 42-year-old Turkish woman, had only two minutes to defend herself.

While Germany’s federal government is pleased to see the Iraqi justice system move forward with trials, they are also keeping a watchful eye over things. They’ve already had to protest the first death sentences delivered against Germans and attempt to prevent the executions from being carried out.

There are tremendous difficulties involved in the idea of bringing a new court – one with the high standards of the United Nations – to the region. Syria and Iraq are two sovereign states, and the central governments in both Damascus and Baghdad reject such interference. Syria’s Kurds, who reign with virtual autonomy in the north of that country, see things differently: They would be delighted to welcome international lawyers and have already called on the UN to set up tribunals for IS fighters in the their civilwar-torn lands. If the West accepts the offer, it would mean diplomatically recognizing them as an independent Kurdish state. Needless to say, the Europeans are reticent to offer such recognition. When asked about the situation, Germany’s foreign office in Berlin responded, dryly: “We have no official relations with the so-called Kurdish self-government.”

Another possibility would be for the UN Security Council to simply install a tribunal itself, without the consent of Damascus or Baghdad and without the help of those two countries, for example, in gathering evidence. A tribunal such as this could also be set up in a neighboring country or in The Hague. In fact, Swedish Minister of Justice Morgan Johansson has a couple of historical models in mind: “After the war in Yugoslavia, we had a special tribunal in Europe, and after the genocide in Rwanda, there was a tribunal in Africa.”

In these two cases from the 1990s, the UN Security Council went over the heads of the states concerned. As Johansson argues, “the same model could work in this situation as well.” The Dutch parliament has even submitted a request to the government that they set up such a court in The Hague, where several UN tribunals are hard at work to this day.

However, this would require the consent of all veto powers on the UN Security Council. And decision-makers in Europe’s capital cities are aware that this would be all but impossible to achieve. Russia stopped supporting the international justice system years ago. And since 2012, Moscow has blocked all demands to refer any Syria-related investigations to the existing International Court of Justice. Moscow’s concern is that international lawyers might cause too much trouble for Russia’s allies in the Assad regime. For this reason alone, Europeans are expecting no help at all from the UN Security Council in New York. Instead, they’re focusing on developing ideas that could solve this issue without the UN. 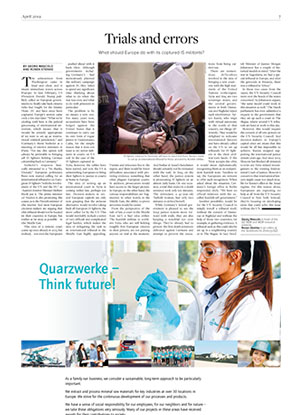